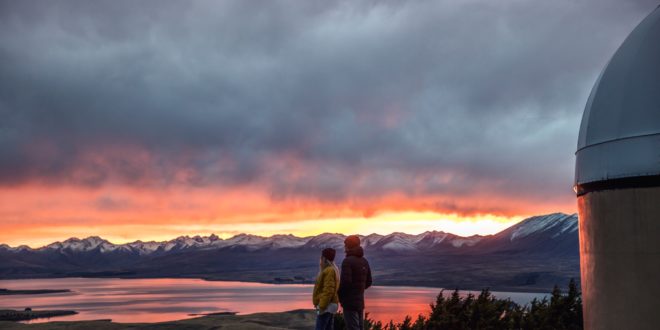 Ah, lakes – who doesn’t have sweet summer memories of swimming in and taking boat rides on their glittering waters? If you’ve spent a lot of time with them, however, you’ll know that every lake has its own persona of sorts. Some are simply more unforgettable than others.

This week we’ll look at some of the world’s most iconic lakes. From the deep dark homes of mythical creatures to lakes with healing powers on which one can float.

Lake Tekapo, a UNESCO world heritage site, was so chosen due to its truly indisputable beauty and clear skies, leading to huge stargazing potential. You’d think that’s enough in itself but no – every November until mid-December, Tekapo’s lakeshores are suddenly surrounded by succulent fields of tall pea-like lupin flowers in a variety of colours (pink, orange, blue, yellow and more). Making for a veritable surreal experience worthy of a Tim Walker set. The flowers can reach a height of up to 1.5 meters. Adding to the lake’s already remarkable beauty and providing a delightful backdrop for many one aspiring landscape photographer.

Who hasn’t heard of the cryptozoological (before you refer to Google, this is a word used to describe fantastical folklore entities whose existence pseudoscientists have made it their aim to prove) Loch Ness monster as a little child? Ghostly stories of phantasmagorical creatures called Nessie aside, the Loch Ness Lake is a national Scottish emblem. Lying in the Scottish Highlands, a natural wonder of their own right. It is arguably the world’s most renowned lake. Despite only being Scotland’s second-biggest lake, after Loch Lomond. At 226m deep, while its mysterious murky waters may not harbour monsters, the 1.6km long lake contains more freshwater than all lakes, rivers and reservoirs of England and Wales combined.

Located in Eastern Siberia, close to Mongolia, this crescent-shaped lake is one of Russia’s main natural attractions and one of the world’s Great Lakes. Lake Baikail in fact is the world’s major freshwater lake, containing an astonishing 22% of the world’s fresh surface water. Speaking of rankings, Baikail also ranks first age-wise: at 25-30 million years, it is the most ancient lake in recorded geological history. It is also the world’s deepest lake. Alas, you get the point – this is an striking lake by any measure. It also is a sight to behold, offering sapphire-blue waters surrounded by a Siberian wilderness of (pine, conifer and boreal) forest, plains and semidesert and views of towering mountain ranges.

No list of the world’s most iconic lakes would be complete without the Dead Sea. By extension its potent salt, the latter a bathroom essential in many a self-respecting household. While your own bathtub, unfortunately, does not permit floating, all you must do is visit the salt’s lieux de providence for a superior floating experience. With a salinity level of about 30 parts per hundred (that is 9x as salty as the ocean!). This spectacle of a lake presents an invitation to just turn over onto your back, unwind and succumb to that light floaty feeling. That’s definitely a better experience than your bathtub can offer. Oh and also, fear not, you cannot drown in its 330m deep waters.

Another most important world lake, Lake Superior (as its name suggests) is the largest of the Great Lakes of North America. As well as the world’s largest freshwater lake by surface area. Rightfully upheld as a major attraction. Its waters are shared by the U.S. and Canada so anyone wishing to partake in the 10-day Lake Superior Circle Tour along its 2783km long shoreline or any of its shorter variations. Whether you are in for a enjoyable kayak ride or prefer hiking up giant dunes and marvel at mind-blowing scenery consisting of cliffs, waterfalls and lighthouses, there is something to experience for everyone.

Article in partnership with AAT Kings.

Christmas Traditions from around the World

Why you should start planning your Christmas 2022 holiday now 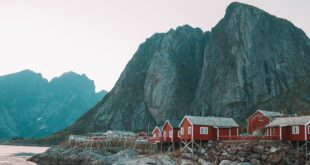 4 destinations you must plan to travel to in 2022

As border restrictions ease and vaccines continue to roll out, travel is becoming a very ...