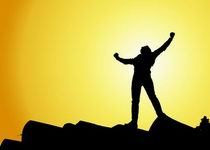 As long as 90 years ago, that much-loved king of the music hall, Harry Lauder, was urging his audiences in song to 'Keep right on to the end of the road'.

But it seems each new generation of elderly has to be reminded that an active life doesn't end with retirement.

This is particularly true in today's 'forever young' society, which worships youth and in which it is all too easy for older folk to feel marginalised, insignificant, apathetic, even depressed.

What senior citizens need is no different to what young people need (and too often don't have) – good role models.

Look around and you'll find that such admirable silverheads abound. In the cinema alone, vintage achievers such as Clint Eastwood, Judi Dench and Joan Plowright are still making first-class films in their 70s.

Nor does one have to look overseas to find inspiring senior role models.

Earlier this year Philip Crump died at 99. That he lived to a great age was not the most remarkable thing about him.

Ten years ago the retired dentist became what is believed to be Auckland University's oldest graduate when he received a bachelor of arts degree at the age of 89.

Philip Crump lived life on his terms. Born in Auckland he returned to work there after obtaining his degree in dentistry at Otago University. During World War Two he refused to enlist in the armed forces because of his religious beliefs and was detained for much of the conflict as a conscientious objector.

There are achievers similar to Philip Crump in our midst. Over the next few pages we bring you inspiring stories of ordinary elderly Kiwis doing extraordinary things.

All are driven by the same belief – the need to keep right on to the end of the road. 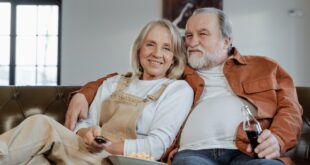 Published with permission from Vero Insurance New Zealand Moving into a retirement village is a ...