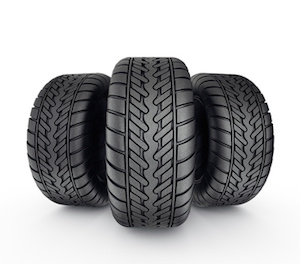 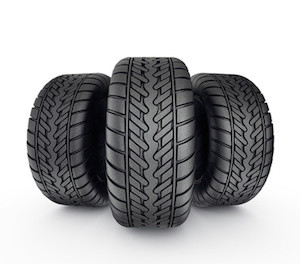 Running a vehicle can cost a packet. Fuel can be one of the most expensive consumables, along with tyres. However, if you keep an eye on your tyres, your car will run more efficiently overall and reduce fuel consumption. Here are some tyre tips from our frugal columnists, Frank and Muriel Newman.

Motoring costs have been in the news again recently, but for the right reasons – falling petrol prices. That’s great news for cost conscious drivers, but there are lots of other ways to save on fuel costs, including your choice of tyres.

The Energy Efficiency and Conservation Authority (EECA) has made that choice easier by attaching their Energywise approval mark to tyres that meet minimum criteria for fuel efficiency and safety. It’s generally thought that about half of all vehicles are not running on correct tyre pressures.

A lot of technical stuff goes into the development of fuel-saving tyres but the crux of the matter is that they have less rolling resistance so less energy (fuel) is needed to turn the wheels. EECA estimates that with four fuel-efficient tyres, an average consumer can save as much as $500 over the life of the tyres. That’s a great return on the tyres that, according to one tyre dealer, cost around $25 more than the standard tyre ($100 a set), so it makes sense to at least consider fuel-efficient tyres next time your car’s tyres need replacing. A set of tyres will usually last for about two and a half to three years for the average commuter.

A tyre’s pressure will also affect fuel consumption, because when they are under-inflated their rolling resistance increases. According to one tyre company, every 10% under the vehicle manufacturer’s recommended pressure, costs about 2.5% in fuel consumption. So if a tyre is running at 27 PSI instead of 30, the extra fuel consumption will cost about 5 cents a litre based on today’s pump price.

To find out what tyre pressures are recommended for your vehicle, go to energywise.govt.nz/tools/tyre-pressure, or look for a sticker in the door jam or check your owner’s manual. The recommended pressure for most cars is usually between 30 and 35 PSI.

Tyre pressures should be checked once a month and when the tyres are cold – a cold tyre is one that has not been used in the last 2 hours or has travelled less than 3 km at low speed (tyres read about 3PSI higher when hot).

While on the subject of car tyres, have you wondered what all the numbers and letters on the side of the tyre mean?

There is usually a lot more information on a tyre as well:
The production date, DOT 3214 = 32nd week in 2014
TL – Tubeless
TT – tyre with an inner-tube (tubetype)
Made in – country of production
C (commercial) – tyres for light trucks (eg 185R14C)
XL (extra load) – tyre for heavy loads
rf – reinforced tyre

The other star rating to be aware of it is the one for your vehicle itself.

According to Energywise, “Cars vary a lot in how much fuel they use, even between similar models. The difference can be hundreds of dollars in fuel a year, adding up to thousands of dollars over a car’s lifetime. That’s why selecting which car to purchase is the most important fuel efficiency decision you’ll make.”

The star rating ranges from half a star for the least efficient car to six stars for the most efficient. For example a 3 star car would cost the average user $3,150 a year in petrol and a four and a half star rating $1,890 – a saving of $1,260 or about $25 a week. That’s a tidy saving, especially for those living off the smell of an oily rag!

Please send in your tips by visiting the oily rag website (www.oilyrag.co.nz) or by writing to Living off the Smell of an Oily Rag, PO Box 984, Whangarei.