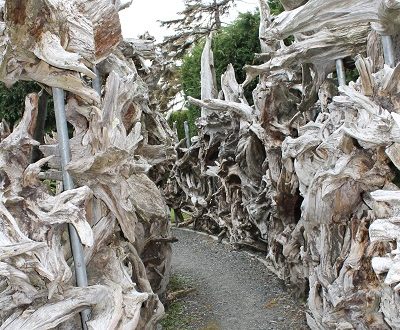 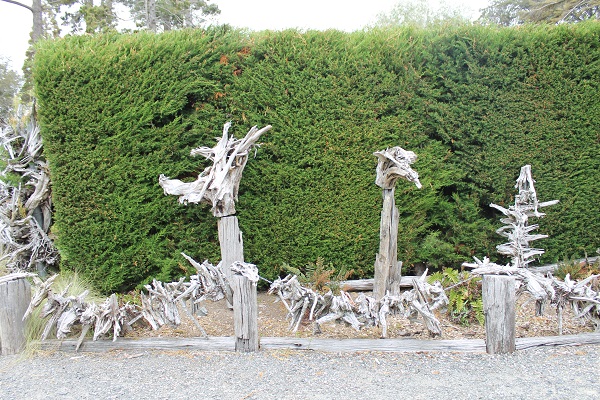 ‘Once seen, never forgotten’ – it’s a common response from anyone visiting Invercargill’s Queens Park stumpery, one of New Zealand’s most unusual gardens. The stumpery takes its queue from a Victorian horticultural style which was popular in the 19th century. It was a period when ferns were being introduced into gardens, and the tree stumps, which were artfully placed together to form the stumperies, often attracted moisture as they began to decay, making them the perfect host for the fashionable plant.

But although some of the most famous stumperies in the world (such as the one at HRH Prince Charle’s Highgrove House garden) are damp and covered with liverworts and ferns, other stumperies have a dry, desert-like appearance. The stumpery at Queens Gardens comes into the latter category, and is enhanced with winding, dry-stone paths, giant polished seats cut from massive logs, spiky arches of tangled roots, and stumps that have all the appearance of animal skulls.

The entire ‘fantasy’ garden is the work of local sculptor Frank Wells. Wells spent many months researching the unusual gardens in Europe before approaching the park’s administration with his proposal. When he did, the team at Queens Park couldn’t wait to to see his design brought to fruition. 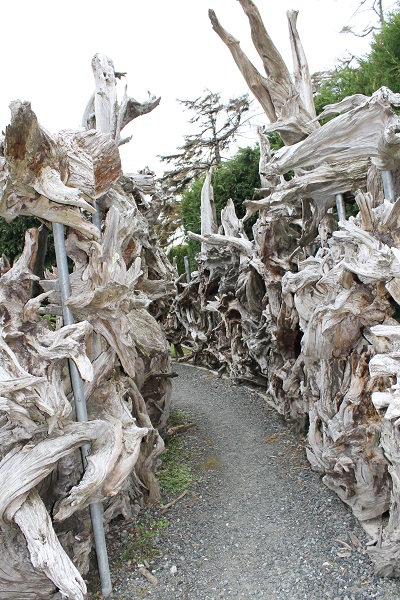 The collecting of the stumps took six months, with Wells often spotting suitable material lying in farm paddocks as he drove around Southland. With the deep south’s challenging climate providing ever more raw material, storm damaged trees from the park were also hauled in to form part of the creation, as well as roots unearthed from the peat bogs of the local Awarua Plains.

Because so much of the stumpery involves stacked roots which might topple, stainless steel rods, bolts, mesh and chains all play an important part in keeping everything steady and safe, but the overall effect is still completely natural.

Best of all, the stumpery occupies a part of the park that previously received few visitors. Now, sheltered from winds by careful planting, the stumpery is so popular that numerous park visitors find their way there, enchanted not only by the fantastically twisted shapes of the wood but also by the sculptural stone-blue eucalyptus and spiky cabbage trees that form the gateway to the site. 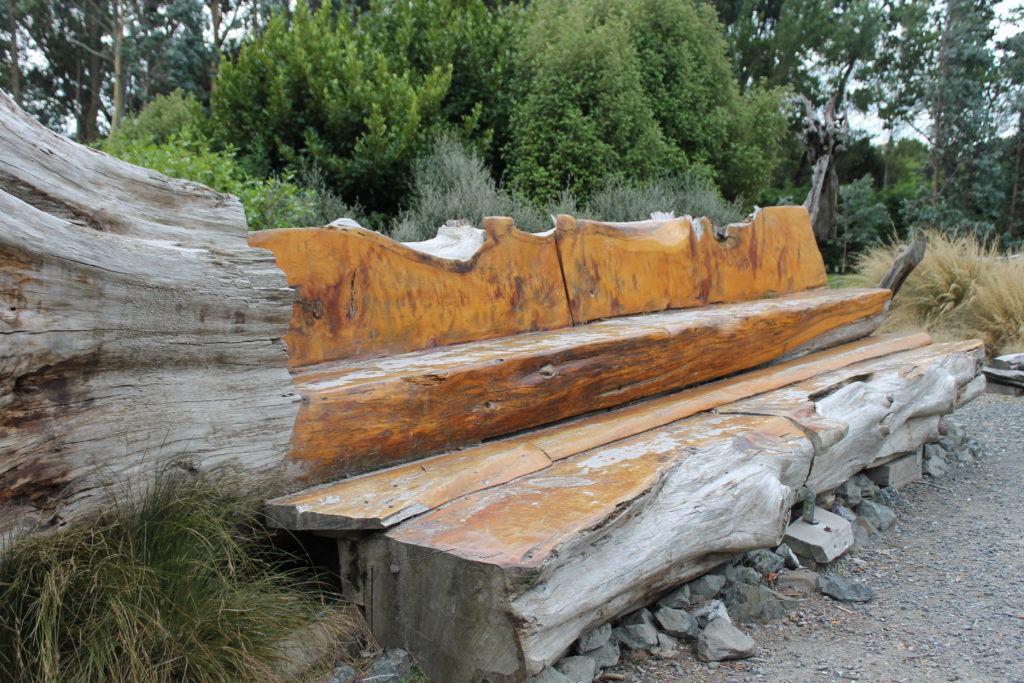 If, after a visit to Queens Park, you find yourself wanting to seek out more stumperies to visit, you will find others at Argyle Cottage Garden, Invercargill, Oakhampton Lodge, Canterbury, and Tikorangi Garden in Taranaki.

As for beginning your own stumpery garden, you can make your creation as large or small as you like, and if you have trees that need removing, think first of having the stumps pulled from the ground rather than bringing in the stump grinder. Even simpler, look for water-worn roots and unusual shaped pieces of driftwood next time you are at the beach (just check first that local by-laws allow for the removal of material from the foreshore). Arrange your pieces artfully, and leave the weather to do the rest for you!

Previous Article Health benefits of art therapy
Next Article Video: How to cut every type of veggie – including the tricky ones!

Moving Time in the Garden! 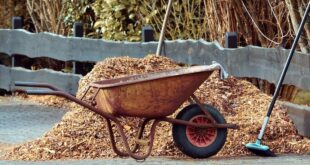 Make Mine a Mulcher!

We all know it pays to take stock of possessions while we still have the energy, and inclination, to divest ourselves of those we no longer need, but every now and then, it also makes good sense to purchase something new...