Fresh fruit growers and their customers can’t resist novelty – and they now have it, once again, in the form of Yuzu, an unusual citrus which is available in New Zealand (check out nz yuzu’s site for more details on how to purchase).

Yuzu, or Citrus junos, is commonly associated with Japan where it was introduced in the 710-794 AD period, but is likely to hail from the Yangtze River of central China. Although it’s been grown in East Asia for years, we’re only now seeing it in New Zealand.

Yuzu grows as a small tree and its leaves look a little like those of a kaffir lime. The fruit itself is similar in shape to a small grapefruit, but with a more knobbly skin. It displays little in the way of flesh, which makes its juice and peel the key ingredients. The one drawback of this novel fruit is the dangerous thorns which grow on the tree. They are sharp enough to pierce a leather glove, and especially when dry, will pierce through the sole of a shoe in the same way a nail might! 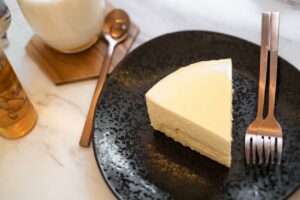 Before you rush to hunt Yuzu down (it is available, green, from mid-April, and ripe-yellow from mid-May), bear in mind the fruit itself is rarely eaten fresh. Instead, it’s more common to see it as an ingredient. That’s because its flavour (a cross between grapefruit, mandarin and lemon) is tart. 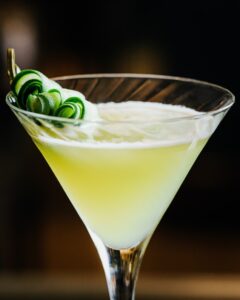 Both the juice and zest of Yuzu is used in cooking and drinks. In Japan, where the fruit is still expensive, it is an ingredient in the dipping sauce, ponzu, and a spicy, salty chilli paste. A few drops of Yuzu juice goes a long way in marinades and dressings. In cocktails it is used more as you might bitters, than as juice, and pairs with flavours such as pistachio, cloves and cinnamon.

In New Zealand, Yuzu is sought after by the likes of gin distillers, craft brewers, chocolate makers, olive oil producers, and restaurants. Although Neville and Junko Chun grow around 2000 kilograms of Yuzu each year at their Horowhenua orchard, limited supply means you may have trouble sourcing it immediately. Instead, you can try hunting it down in Japanese supermarkets or at speciality retailers in the form of Yuzu extract or juice.

If you’re keen on growing Yuzu in your back yard (or undercover if you live in a cold region), trees are available from a range of nurseries. Before you plant, however, give serious thought as to where to place this thorny character. Keep it well away from decks, paths, and if you live in a built-up area, fences adjacent to public footpaths. Yuzu enjoys well-drained spots, in full sun, and good shelter. If you plan to grow it undercover, a glasshouse is better than a tunnel house (the tree is fast growing, and thorns may tear plastic coverings). Planting your Yuzu in a pot will help restrict its growth, and it can then be moved in and out of doors according to the season.

Whether it’s in cuisine – or your backyard – it’s fun to experiment with new ingredients and edible trees. Cheers to you, Yuzu! 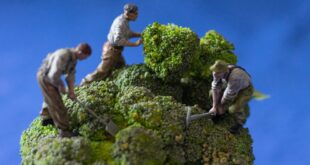 The average Kiwi family throws out the equivalent of 3 shopping trolleys of food each year, so it’s no wonder groups around the country are tackling food waste.