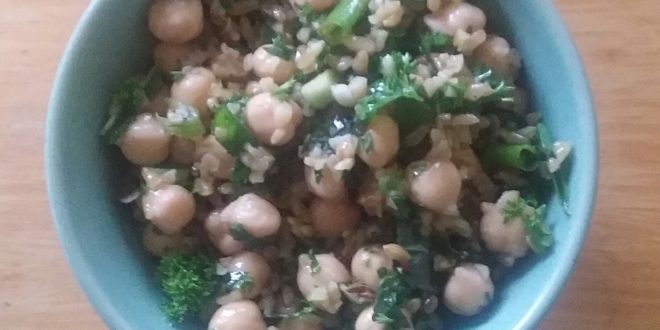 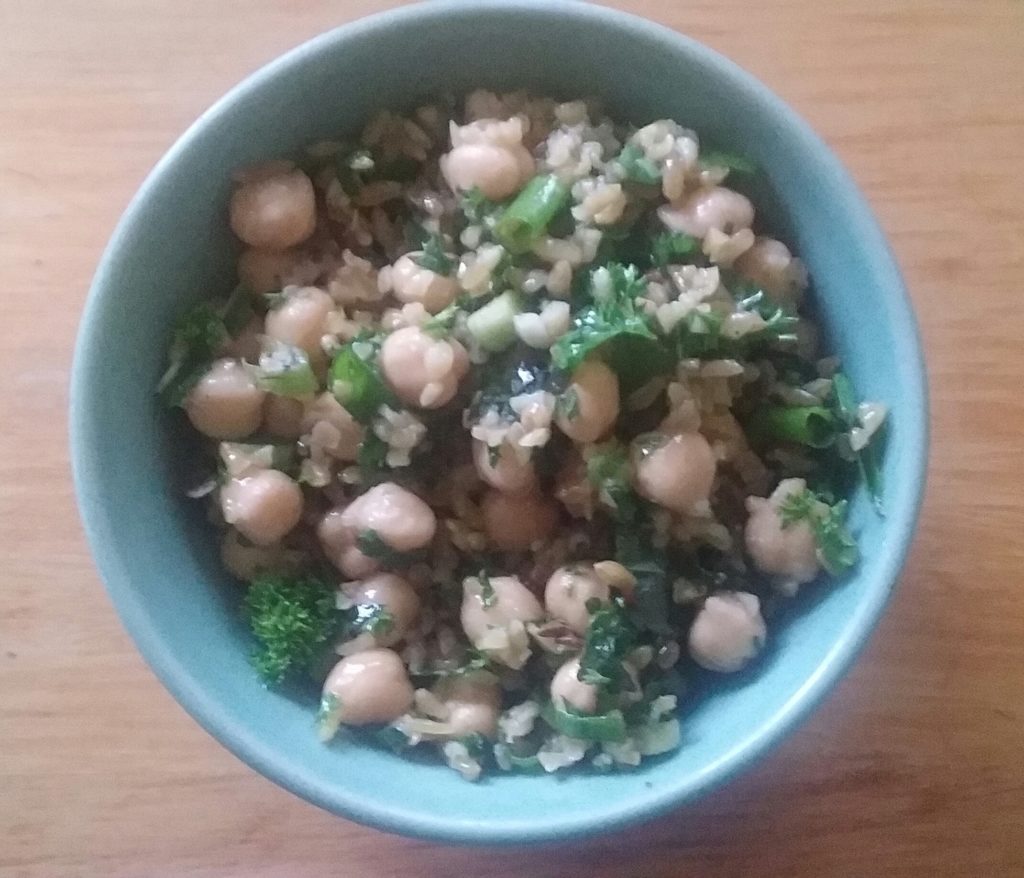 First of all – it’s OK to ask! That’s because, although freekeh (pronounced free-kah) has been on the shelves of whole food stores for over a year now, only a few of us have heard of it, and fewer still have used it. Given how delicious this grain is, and how simple it is to prepare, that’s a great pity. Bone up on freekeh now, however, and we guarantee you’ll be including it in your summer dining plans – and perhaps even popping it on the Christmas dinner menu!

In the western world, freekeh usually refers to a version of wheat. In actuality, however, freekeh is a process which can be applied to any one of a number of different grains. The freekeh you’ll find in New Zealand comes in two forms – cracked and whole – with the cracked looking not unlike bulgur wheat. But this is where the comparison with regular wheat stops because freekeh offers a completely different flavour. Slightly smoky, deliciously chewy (if cooked correctly), and with a hint of sweetness, it can be used in a whole range of dishes from soups to salads, and pilafs to stuffings.

Like many scrumptious foods, freekeh has ancient origins that hail from the Levant – the region which now comprises Cyprus, Egypt, Iraq, Israel, Jordan, Lebanon, Palestine, Syria, and Turkey. The grain, which is smoked, has a fascinating history which includes a tale (quite possibly a folktale – although that doesn’t detract from its interest!) that explains how it was first discovered.

According to the story, over 4,000 years ago, a Levantine nation was expecting its chief city to be attacked. Recognising that its wheat crop (which was still not ripe) would almost certainly be destroyed by the invading army, the citizens decided to harvest the green ears of wheat regardless, and bring them into the city with the intention of using them in some way to prevent starvation when under siege. Their city, however, caught fire during the attack, and the stored green wheat was burned. Because it was partly green and not completely dry, the wheat wasn’t entirely destroyed, and so the hungry citizens set about rubbing the grains to remove their charred outer husks. When they then cooked the grains – they found them to be not only edible but utterly delicious!

Today, freekeh refers to the process of smoking partially ripe grain. The heat from the process prevents the grains from ripening further (or fermenting), while the smoke adds the flavour. While this heat-smoking process is carried out on an industrial scale in some countries, in countries such as Jordon, it is still done traditionally. The unripened ears of wheat are laid on the ground where they are set on fire. The heat is controlled by tossing and turning the grains with a garden fork. After this roasting has taken place, the seed heads are left in the sun to dry for a few days before being put through a tractor-operated cleaner which rubs off the remaining chaff.

With such a fascinating grain at your disposal, be sure to try it out in your kitchen. One of the simplest and tastiest dishes can be found here. If you decide to prepare this pilaf for Christmas, it can be made the day before and stored, covered, in the fridge.

Previous Article Joke – Reasons Why The English Language Is Hard To Learn
Next Article Low alcohol wine – and why we love it!

Why is my supermarket fruit so tasteless?

Hate washing dishes? This story is for you 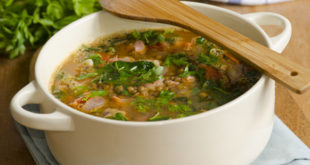