As I write this, Labour Weekend looms large and that means but one thing in this house… well, two things actually… Tomatoes and runner beans. The beans are easy; the ground is prepared, the frames are in place and all that has to be done is to plant the beans after a good soak but the tomatoes, they are a completely different kettle of stories.

Last year we grew two varieties, an acid free sort and some cherry tomatoes. The first gave us a fair crop but the cherries went mad, we were picking a kilo or more every two days and that was from just three plants. So this year we decided only to grow cherries as we love their sweetness, flavour and versatility.

Off I went to the garden centre with my shopping list; I wanted to try Small Fry or Sungold but none of the centres had them so I bought Sweet 100, the variety that had done so well last year. We had grown them in a tomato grow-bag that was sold with well-designed brackets which supported the bags and their stakes but, in spite of being most successful, none of the garden centres had these either; they are no longer being sold, they told me. Anyway after several hours and spending three times what I had intended and with twice as many plants, as they were only sold in sixes, we are now ready for planting at the weekend and looking forward to another bumper crop.

Donna suggested that the extra plants might bring up another problem, well, not problem really, just a need for some thought. What are we going to do with all the tomatoes we grow? I had the answer.

Lindsey Bareham, a former restaurant critic, food advisor to “Pie in the Sky”…that delightful TV series with Richard Griffiths as the restaurateur/detective…one time food writer for Time Out and the London Evening Standard and currently food columnist on the London Times has written twelve excellent cookbooks. One of these, re-published this year is The Big Red Book of Tomatoes. The answer.

The author doesn’t go to any great length about growing tomatoes, dealing with the subject in just under a page, for this is a book about eating tomatoes, however she does hold that the best for this are the ones you grow yourself. That said, the book doesn’t pooh-pooh using good tinned tomatoes, tomato paste, sun-dried tomatoes, passata or other tomato preparations bought when a recipe requires them or when fresh are not available.

After a brief “All You Need to Know About Tomatoes” section and a few pages of what the author calls “Tomato Technique” like how to peel and seed tomatoes; how to make passata and concassé (and know the difference) and some tomato decorations, the book turns to the recipes, from tomatoes on their own to tomatoes with just about anything else and joy of joys there is even a section on what to do with a glut of tomatoes.

The 400+ recipes are clear, well-presented and carefully collected with extensive research and together with the author’s own original and delightful dishes, they include recipes and ideas from some of the most famous and influential cooks of our time, among them people like Elizabeth David, Madhur Jaffrey, Richard Olney, the Roux brothers and Claudia Roden.

I find that Lindsey Bareham’s style reminds me in many ways of that of the late Jane Grigson, authoritative, wonderfully informed and a joy to read. I would recommend without reserve that this book find a place among the cookbooks of anyone who grows tomatoes, who is thinking of growing tomatoes, who has friends who grow tomatoes or who simply enjoys them…even if there isn’t a bumper crop in their back yard this year.

The Big Red Book of Tomatoes
by Lindsey Bareham 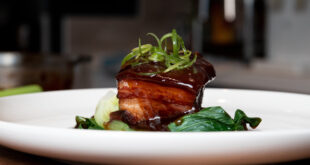