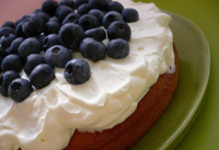 In the blueberry season, the dessert lovers can indulge themselves in freshly baked blueberry pie. Blueberries contain an immense amount of disease and illness fighting antioxidant power nearly 40 times more than its vegetables and fruits counterparts. Healthy food has never been as enjoyable and delicious as this homemade blueberry pie. It requires simple ingredients and the method is even simple.

In a pie plate, mix flour, sugar and salt. Then whisk half cup oil and 3 tbsp milk together using a fork. Now pour this over the flour mix and keep stirring until the flour is properly dampened. Add little oil or milk if required. Press the dough evenly at the bottom and the sides of the pan, letting the excess overflow.

This top crumble crust will form about 1/3 of total crust mixture. Now sweep this in your hand and keep in a bowl. Tuck the ends of the bottom crust or flatten the crust using milk dipped fork

Put the berry mix in bottom crust & spray lemon juice on it. Put 1/2 tsp soft butter evenly on the filling.

Crumble extra crust and spray it on the pie.

Bake for about 45 to 50 mins. Check after 30 mins. If crust gets golden and the filling is not congealed, put an aluminium foil over it to prevent crust from browning.

You can serve it with vanilla or any ice cream of your delight. 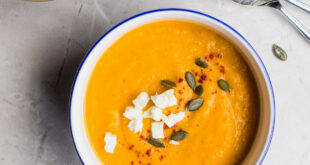