One day, the police raided a brothel and arrested a group of prostitutes, including a young girl.
Humour

A young teenaged girl was a prostitute and, for obvious reasons, kept it a secret from her grandma. One day, the police raided a brothel and arrested a group of prostitutes, including the young girl. The prostitutes were instructed to line up in a straight line on the sidewalk. Well, who should be walking in the neighborhood, but little old Grandma. The young girl was frantic.

Sure enough, Grandma noticed her young granddaughter and asked curiously, "What are you lining up for, dear?" Not willing to let grandma in on her little secret, the young girl told her that some people were passing out free oranges and that she was lining up for some.

"Mmm, sounds lovely," said Grandma. "I think I'll have some myself," she continued as she made her way to the back of the line. A police officer made his way down the line, questioning all of the prostitutes. When he got to Grandma, at the end of the line, he was bewildered. "But you're so old… how do you do it?"

Grandma replied, "Oh, it's quite easy, sonny… I just remove my dentures and suck 'em dry!"

Previous Article worlds.funniest.emails.con
Next Article Smart Redecorating Ideas to Help You Save Time and Money 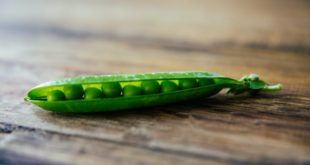 Why are green beans the most Zen of all vegetables? Because they’ve found their inner ...