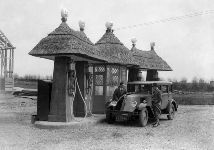 To know who invented the first car you must first define what car is. Some said steam-powered coaches are cars and people like Daimler-Benz (who started Mercedes Benz) say that cars are light carriages for personal transport with three or four wheels, powered by a liquid-fueled internal combustion engine. As you see the definition of a car can be different, and therefore the automobile could have been invented by any number of people at different times in history.

The first written record of a self-propelled vehicle was Leonardo da Vinci’s. He toyed with the idea in the 15th century. He even designed and drew several different so called car models in his notes. Sadly Leonardo did never came to building anything. The steam engine was considered to be invented by James Watt in 1765 and was perfected by both English and French scientists over the next century.

Nicolas-Joseph Cugnot, William Murdoch and Richard Trevithick all came up with steam-powered beasts that were so huge and heavy that they need a fully flat surface to move on. In fact, iron rails were installed on roads in Paris and London for the next 120 years so these cars could move on them. They were basically a smaller versions of trains.

During the Steam Era you could find all sorts of funny car inventions. In the United States, Oliver Evans invented an amphibious vehicle that can travel on wheels and on water with the help of a paddle wheel. Ivan Kulibin of Russia designed a car with modern day features such as flywheels, brakes and a gear box. Oddly enough, it was it was human-pedalled. Etience Lenoir invented something he called a hippomobile that proved to the masses that automobiles can handle long trips. He drove all the way from Paris to Jonville Le-Pont. 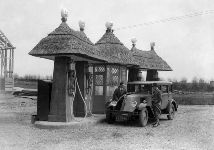 One of the first to mass-produce cars was Karl Benz. His cars appealed to many due to being able to move at 45 km/h (28.2 mph). In France, Panhard et Levassan was the first ever company to be formed exclusively for the sole purpose of making cars. The Duryea brothers (Frank and Charles) were the first automobile manufacturers in the United States, and they were swiftly followed by Ford and Winton.

A special mention goes of course to Henry Ford. Contrary to popular belief, he didn't actually built cars. Well, his company did, but what he personally invented and perfected was the manufacturing line in car building. He used one worker for one task and had an ingenious system of dropping the car's body on its wheels. He also added modern features such as the car radio after getting the idea from private jets.

There were different eras to the automobile's history. And each brought different improvements to the car. In the Vintage Era, internal combustion engines and the overhead cam engines were modified.

A prime example of this is the Austin 7. During the Pre-War Era, fully-closed models were produced for the first time and trunks were added. The Post War Era gave birth to cars which have more resemblance to modern automobiles. Arty and sleek cars, like the Mini Cooper, have left a memorable imprint on automobile history.

Whether you're driving a luxury car, a sedan or a piece of junk that can hardly be called a car, it's a nice feeling to know how far the car has evolved from being steam-powered coaches to modern practical vehicles. 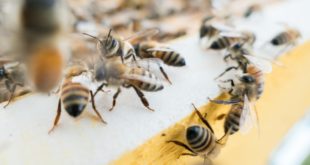