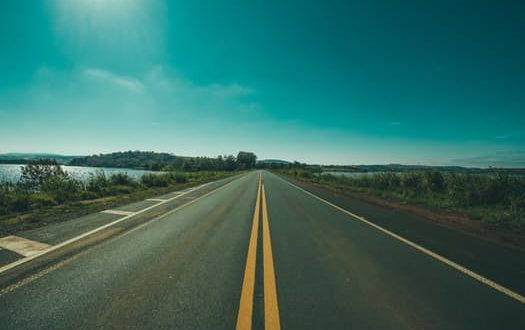 Paul and Dianne Crooper had always wanted to “do” the South Island in a mobile home, but two things held them back: time and money. The purchase of a 1971 Oxford Sunseeker caravan (for the grand sum of $4500) capable of being towed by the family car put paid to the second issue, and with time on their hands, the couple finally got their dream of a month-long break.

Now they want to share their story in the hope that others will be similarly encouraged to pursue their own open-road dream, safe in the knowledge that it won’t break the bank.

For most of his working life Paul has been a boat builder, so he was in a better position than most to tackle the tidy up of their 13-foot mobile home. The van itself was solidly-constructed and, apart from some cosmetic changes, the purchase of a three-way fridge and the need for an electrical warrant of fitness, little needed doing to get it road-worthy.

With the tweaking to their mobile home behind them, Paul and Dianne hit the open road. They concede that for a couple used to warmer climes, the timing wasn’t perfect, but they packed a small electric heater to help ward off the cold and looked forward to the glorious autumn colours they expected to encounter down South. As it turned out, they experienced beautiful weather for the entire month, with only two days of rain to mar the otherwise perfect record.

Their first night in the van they had cheekily named JOH (an acronym of Jaffas On Holiday) was spent with friends in Turangi, then it was on to Wellington’s Murton Campsite at Porirua, which was the only place they were ever asked to show their electrical warrant. The notorious crossing of Cook Strait was also doddle, with neither the loading of the van nor the weather tossing up (no pun intended) any unexpected problems.

Their good fortune continued when the ferry docked at the South Island port of Picton, from where they chose to drive to Mapua, near Nelson, via spectacular Queen Charlotte (Sound) Drive. “There are lots of twists and turns, but the scenery is beautiful,” says Dianne.

From their first South Island base in the caravan outside the home of friends in Mapua, they spent two glorious days taking in the sights of Nelson and Golden Bay. The following “cold wet and drizzly” night was spent at Riverview Campsite in Murchison.

“The next day we stopped at Buller Gorge swing-bridge – the longest swing-bridge in New Zealand. It’s an amazing structure to walk over and quite dramatic with the water rushing through the gorge far below us – though it’s definitely not made for two-way traffic!”

Westport’s famed seal colony was on the agenda for the following day. “It’s a well-maintained walk and viewing point, compliments of the Department of Conservation. There’s no charge, just a donation box. Throughout the trip, we were very impressed with both the regional parks and DoC.”

At Punakaiki Beach Camp, where they spent the next two nights, Paul and Dianne left the caravan and did daytrips in the car. “That’s the advantage of a caravan over a motorhome,” says Paul.

“The fabulous Punakaiki rocks are just off the road, and that’s another well maintained DoC area with great viewing areas from which to witness the action of the mighty Tasman Sea crashing in, sending up plumes of water through the blowholes. And once again it was free of charge,” adds Dianne. “We also did a daytrip further along the west coast down to Greymouth, visiting the historic model village (Shantytown) on the way.”

After Punakaiki it was on to Hokitika and then Fox Glazier campsite for a two-night stay. Both say the helicopter ride to the top of Fox Glacier was a highlight of the trip.

Paul says, “The $120 dollar cost per person was worth every cent. We asked ourselves when would ever get the opportunity to do it again. It’s almost impossible to imagine the true immensity of the glacier unless it is seen from the air. I finally got it when I realised that a speck on the glacier below us was another helicopter.”

“On Good Friday we headed to Wanaka via Haast Pass. For the next three nights we were booked at Glendu Bay Campsite in Wanaka, which is right on the lake,” Dianne continues.

“We bought some ceramics by Jo Luping and had a delicious lunch at Ardmore’s. In the afternoon, we mooched around Lake Hawea and Beacon Point Drive and Albert Town Reserve – a DoC site where freedom camping is allowed.

“Next day we took a daytrip from Wanaka to see the historic village at Cromwell where we purchased lavender soap from the Farmers’ Market, lunched in a cafe at the village and drove around Lake Dunstan and to newly-developed Bannockburn.

“From Wanaka we drove over Crown Range. It’s a secondary road, the highest sealed road in New Zealand, and it was only sealed in 2000. There’s an amazing view from the top and a slow, winding trip down the other side into Arrowtown and a two-night stay at Arrowtown Holiday Camp.

“Our daytrip into Queenstown was busy, busy with school holidays and we found we couldn’t wait to get out of the town. So we drove to Kingston, where we lunched by the lake, beset by cold and sand flies, but at least we saw the Kingston Flier all fired up.”

Next stop was Te Anau for three nights at Fiordland’s Great Views Holiday Camp. “It’s up on a plateau and certainly lives up to its name, particularly if you get a site with a view for $14 instead of $12 per person, per night.

“We were able to take the much-anticipated daytrip to Milford Sound, which included a boat trip on the Majestic and a visit to the Milford Sound Underwater Observatory built in 1995. This is an absolute must see. From the underwater viewing chamber we saw marine life not usually seen because it lives in the extreme depths of the ocean. These included sponges of different shapes and colours, black coral, red coral, ‘upside down’ starfish, horse mussel, butterfly and sea perch, sea cucumber, large tube anemone… the list goes on.”

Next stop for Paul and Dianne was Dunedin Holiday Park, followed by scenic stops en route to Timaru’s Glenmark Motor Camp at Moeraki and Oamaru.

“We caught up with Christchurch friends before driving over to Akaroa’s Top 10 Holiday Park, which we loved and would have stayed longer if time had allowed. We visited the museum and also explored the old cemetery where I found evidence of my niece’s forebears.

“From our next stop at Hanmer Springs we had intended to drive up on a secondary highway from Mouse Point up to near Kaikoura, but ended up ‘exploring’ a minor road and weaved through hills which seemed almost devoid of any evidence of human settlement apart from some sheep, cattle and a few horses. Suddenly and dramatically we came upon the coast at Oaro, and from there continued on through Clarence to Blenheim’s Duncannon Holiday Park.

“Our last two nights in the South Island were spent in Picton, at the Parklands campsite. We checked out the town and visited the museum. Next day we drove the car to Havelock and fossicked around another museum and some craft shops. On way back to the campsite we visited Te Mahia, overlooking Kenepuru Sound where Paul had spent holidays as a child.”

Remarkably, the return journey across Cook Strait was another cracker.

En route to Ashurst, the couple made enquiries at Waitere Beach about Alton Harrison, the former owner of Oxford Caravans, whose business had suffered the same fate as many during the era of Muldoon’s caravan tax, and had a remarkable chance meeting with him.

“Afterwards we drove to Foxton Beach for a look along the coast at the huge amounts of driftwood. We stayed in our caravan outside a friend’s place in Ashhurst and checked out the wind farm from a distance. Next day, we stopped briefly at Bulls, then Hunterville, and spent the night on the outskirts of Taupo at All Seasons’ Camp. The following day, our last on the road, we called in to see friends in Rotorua, Te Puke and Matamata, where we stayed the night before (reluctantly) heading home.”

Unfortunately for Dianne, it was straight back to work. Paul claims he didn’t have the heart after such an amazing journey. For now, they are spending every possible weekend in their van and Paul is focusing on Phreeway Caravans, his caravan restoration business, helping other Kiwi couples to get on the road.

Reprinted with permission from ACP Media. Motorhomes and Caravans

We are in our seventies, and have just started this caravanning lark and we are loving it. We too have a twenty year old van with lots of bits wrong with it, but it is warm and cosy and doesn’t leak so we will just do our South Island trip while we still can,so thank you for your information, we will certainly try to do some of the things you did.

How did you find toeing the Caravan on the twisty roads?? My Dad always says that Caravans are Dangerous and not suitable for New Zealand’s winding roads. Thoughts???

Next time, highly recommend the Catlands, across the bottom from Invercargil and follow the Fiordlands up to TeAnau (a metal road into the deepest lake in this section, well worth it with doc camps). Sounds like you had a great holiday.

Sounds like you enjoyed yourself,I could never get used to the mozzis on the west coast. Allways buy your repellants on the east side MUCH cheaper

Very good but it’s a pity you missed the Catlands. 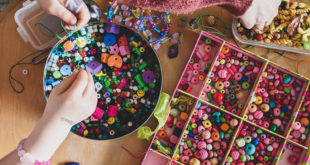