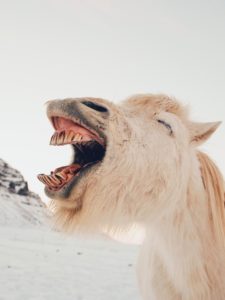 Did you know there’s a surefire way to make your corny jokes seem funnier than they really are?

The audience found the jokes funniest when they were accompanied by the genuine laugh track, and the least funny when there was no laugh track at all. So the takehome message? Record some people laughing (with their permission!), save it on your phone, and whip it out when you next make a corny joke. Who knows – people might find you even funnier!

Previous Article VIDEO: The Great Mattress Migration of 2019
Next Article Confused by coffee? Read this! 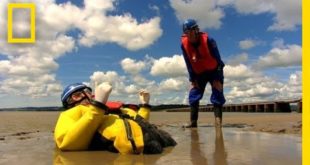 Fun fact: Can you survive quicksand?

Jonny Phillips from National Geographic explains how to escape quicksand – and demonstrates how a ...