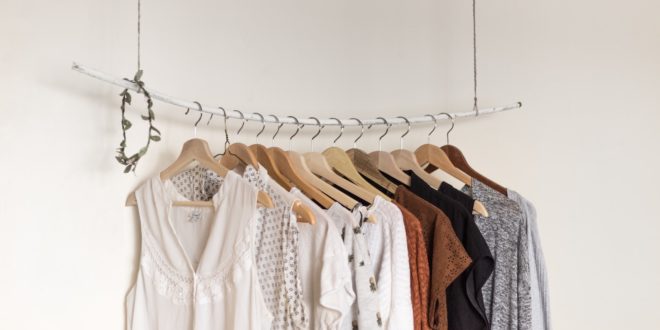 If you’ve ever watched a young child pick out their own clothing, you’ll know that rhyme or reason does not come into it. No colour matching, no attempt at working with the elements… heck, quite often it’s: no pants, no problem. But along the way, as we get older and we start to let the rules of style or society get in our heads, we lose that spontaneity. Fashion becomes more practical than it is personal, or we get so fixated on what we ‘can’t’ wear, we forget to focus on what we like to wear.

Lou Sutherland is a personal stylist/image consultant based in Christchurch and her mission is to take the fear and intimidation out of fashion. Of course, ‘personal stylist and image consultant’ may be her official title, but she also refers to herself as a ‘wardrobe fairy godmother, fat Kate Bush, and a fashionista cottage witch’. Yes, she is an utter delight and she’s doing her best to bring some wit and whimsy back to an area of life where a lot of women have lost it, in amongst all those rules. “I know what it’s like when you walk into a shop, and everyone seems so cool, and you’re thinking, ‘Oh, I bet they’re judging me and my outfit,’” Lou explains. “I just wanted to break down those barriers. Fashion can be really intimidating for people – some people love it, sure, but some people struggle with it and feel it’s not for them. And that’s just not the case.”

Growing up, Lou had always had an interest in fashion but it was only after the tumult of 2020 that she decided to give up her main gig of working in real estate and go full-noise into fashion. “I stumbled into a career in property but in the back of my mind, I always knew it wasn’t my dream. When I’d meet people out in the world at one of my side hustles – selling vintage clothing, making fascinators and selling them at the markets – people would always ask, ‘Oh, what do you do?’ and when I answered, they were always surprised to hear that.”

The events of 2020 finally forced all of this to a head. “That experience in lockdown had me thinking, ‘how do you want life to be?’ I was really unhappy,” Lou says. “I knew that I wanted to give joy in my life and this job was no longer it – I wanted to make people happy, and I got the sense that I wasn’t making anyone happy, and I wasn’t happy either.”

“It got to the point of ‘well, life’s too short to be doing this…’ they say you’ve got to hit rock bottom to really give you the boot up the bottom you need to make a change in your life. I was having one of those days where on the way to work, I was thinking, ‘I just can’t do this anymore – mentally or physically.’ And then it struck me for the first time: I knew what I wanted to do. I wanted to be a personal stylist, I wanted to make people feel good about themselves, I wanted to feel good about my work and I wanted to close each day knowing I had made a difference in somebody’s life.”

So she set up New Boots and Panties, picking a name that not only stood out in the industry but had some humour to it. The glowing feedback on her website shows that this approach is absolutely working, with clients not only raving about a rebirth in enthusiasm but also having one in terms of self-confidence, as well. Lou says so much of the work is first unpacking all of the body image dislike most women have internalised after years and years – and sometimes decades – of societal messaging. It’s something Lou gets first hand, she says, after her own body image journey started with going on her first diet when she was nine years old. “I’m still on a journey to find celebration in my body,” she says. “I’m at the happiest place I’ve ever been in terms of my body and it’s, unbelievably, at a place where I’ve said goodbye to the diet world. But it is hard,” she says. “It’s something I’ve noticed with clients – size has nothing to do with it. I’ve had clients who are a size 8 who are like ‘I don’t want to wear anything sleeveless… I don’t want to wear anything above my knee, I hate my legs’. You realise – we all have these hang-ups; nobody thinks they have a perfect body.”

She says the fashion rules of ‘don’t wear this, don’t wear that’ can be particularly limiting for women in their 60s, 70s and beyond. “I did a group session the other day with a group of older women and it’s hard: you set up the house rule of ‘no diet talk’ but it’s so engrained in a lot of people,” Lou says. “It’s just giving them permission that there’s no age limit on clothes. These ideas that you can only wear your hair to a certain length after this age, or reinforcing the idea that there are rules around fashion… you just have to burn it down! There’s no such thing as ‘I’m too old to wear that.’” She points out the immense success of social media platforms like Advanced Style, which show extremely glamorous octogenarians in extraordinary outfits. “It’s inspiring for me, as well, because it takes a lot of the fear out of growing out.”

The idea of dressing to look thin, the idea that ‘flattering’ should be the main aim of how we choose our clothes, is also a limitation that Lou wants her clients to be released from. It’s especially the case when it comes to women with bigger bodies. “When it comes to the plus size world and being a fat woman, you get trapped in that idea of ‘you want to flatter, you want to minimise, you want to fit in… don’t draw attention to yourself.’” She wonders if New Zealand’s reliance on black clothing is part of this ‘flatter or disappear’ mentality. “A lot of people do want to wear bold colours – they’ve just been told their whole lives that they shouldn’t – but they want someone to give them permission to do so!”

It’s all well and good to say that, she says, but the fashion world still needs to back up its body positive message by putting its money where its mouth is and actually bringing more inclusive sizing into the mainstream market. “The high street is rubbish,” she says. “I try to preach and practise sustainability, but when you’re over a size 18, it’s really hard to be like ‘I’m only going to shop ethically made, home-grown clothing,’ because [these brands] won’t make your size.”

Whether it’s size related, age related or ‘I’ve spent a lot of the last year inside’ related, there are times in our lives where we can lose track of our own sense of style – concentrating on what we shouldn’t be wearing, rather than what we want to be wearing. When it comes to falling back in love with fashion, Lou tells her clients to have fun with the process. “I always get people to go through an exercise where they tell me whose style they like,” she says. More often than not, they’ll name film characters, which Lou says is a great starting point. “Fashion is meant to be fun and it’s basically like dressing up in costume,” she laughs. “It’s really asking, ‘Who do you want to be? How do you want to feel when you go out into the world?’ Just by asking that, you’re getting people to think about their own style, often for the first time.”

“I always say it’s so much more than the clothes, it’s about the ‘Self’ with a capital ‘S’, and the power of the subconscious and subconscious mind.” Often people’s views on clothing and their body have been shaped, explicitly or not, since they were children. “Tools like doing your morning pages or manifestations, every morning, can help you wake up each day and really be able to centre yourself. That’s how to work on the inside part of yourself,” she says. “For the outside, it’s looking at practical things like ‘what colours do you like?’” After consulting with each client, Lou creates a mood board or review document, so they can see their sense of style presented back at them – to know that it’s possible and to know that it’s theirs. “Just showing people that it’s okay. I think everyone has this secret belief that it’s a bit shallow to care too much. So, again, it’s just about giving them permission. Especially as women, we increasingly feel more invisible as we get older and our family and other people take priority, there’s just no space for ourselves anymore.”

And by looking at the clothes that you love to wear, versus the clothes you think you should wear, Lou says it makes your wardrobe all the more timeless. “When you stop worrying about fads or trends and start buying what you like, things are never going to go out of fashion. You can have something for 15 years and it’s still as relevant to you now as it was back then. It becomes part of the fabric of your life – and it’s lovely when you look at clothes that way, that they hold your memories.”

Declutter Your Wardrobe in Just 5 Minutes a Day

Foods that reverse the signs of ageing

5 ways to extend the life of your clothes 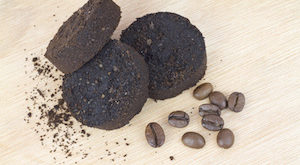 Coffee the soul-warming beverage, the elixir of life and also the producer of used coffee ...