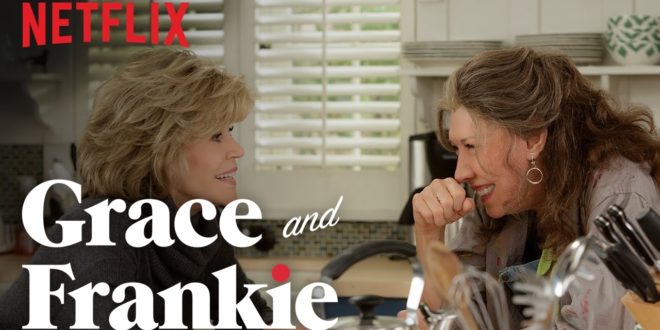 You’ve been in lockdown for a while now – and many of us are staying put, even into level 2. So, maybe you’ve run out of all those chores and projects you were putting off back in the old days. What to do now? Fortunately, there’s always something to watch. Here we list some of the best shows, what they’re about and where to find them.

This is a Netflix series all about us old people! Two men decide to ‘come out’ and move in together, and their wives – played by Jane Fonda and Lily Tomlin – become unlikely best friends. It’s light, honest and very funny – a portrayal of older people (Jane Fonda is now 81) that is anything but condescending. There are six seasons on Netflix, so you can binge-watch or savour each episode one day at a time.

This one’s a brand-new miniseries on Netflix. Based on Deborah Feldman’s autobiography Unorthodox: The Scandalous Rejection of My Hasidic Roots, it begins with 19-year old Esty running away from her arranged marriage. You’ll have to concentrate – it switches between English, Yiddish and German (Esty travels to Berlin) and takes a good look at the inner workings of a strict, closed community. Find it on Netflix for great acting and production values.

This is a genuine, down-home NZ docu-series programme, following a Māori-owned funeral home. And it’s not just about funerals – Francis and Kaiora Tipene have opened up about their lives and are breaking down the cultural taboos around Māori tangihanga and funerals in general. It’s gone global – on Netflix internationally – but you can watch it on TV2 OnDemand.

Set in the 90s during the Irish ‘troubles’, this is a comedy about a group of high school girls in Derry who take the bombings and military presence as a given while trying to navigate normal teenage problems. It’s a whole new take on Northern Ireland and it’s right there on Netflix.

This period comedy is set in the late 50s and early 60s, all about a betrayed Jewish-American housewife from the classy Upper West Side of Manhattan who falls into a stand-up comedy career almost by accident. It’s run three seasons with a fourth on the way, and has won all kinds of awards. You can find this hilarious show on Amazon Prime. Hint: the clothes are amazing.

Inspired by Brian Stelter’s Top of the Morning: Inside the Cutthroat World of Morning TV, this show stars the always-excellent Jennifer Aniston, Reese Witherspoon and Steve Carell plust a host of guest stars. Set in Manhattan, this is a sharp, witty drama with great writing and an inside peek at the ‘me-too’ movement. You can watch it on Apple TV+.

Have fun, and don’t forget the popcorn!

Previous Article Is your lockdown-love on the rocks? These 3 common relationship problems may explain why
Next Article What to do with investments in the slump: Don’t let COVID-19 put you in a panic

TVNZ onDemand has some great series to watch – even those with sub-titles (which I normally avoid) are worth watching as they are gripping. The European and BBC series in particular are very good – I lean towards thrillers but there are others. Deadwater Fell, Bang, In Plain Sight,The Lawyer,The Secrets She Keeps, The Victim, Reckoning, The Split, Damages, Spies of Warsaw, The Disappearance, The Adulterer,Grey Zone, Mrs Wilson, My Brilliant Friend, Deepwater, The Capture (excellent) and many more !! 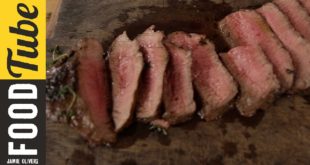 Jamie shows you his way to cook the perfect beef steak and lets you in ...