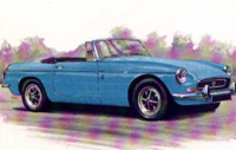 When I was about 18, my father bought me an MG. (Before you start thinking what an indulgent father he was, let me point out that although he paid for it, I had to pay him back at $5 a week out of my $18 a week salary.)

One of the best things about the car, apart from the extraordinary status it gave me with boys, was that it had a small blank panel in the dashboard where a radio could go.

Out of the $5 spare I had out of my pay after car repayments, board, petrol and savings, I salted away enough money for a radio, but the old man wouldn’t let me get one.

“What makes you think,” he asked me, “that you can drive and listen to the radio at the same time?”

Considering the number of minor accidents I had had up until then, he had a point. It was clear that multi-tasking was not my forte. So it is with astonishment that I note, as I travel every week between Kerikeri and Auckland, the number of people on the open road who can not just do two things at once, but five and even six things.

Take, for example, for the young woman behind me last week in a white Honda Odyssey who was smoking, talking on her cell phone, drinking coke

and regularly turning around in her seat to supervise her toddler. She may have been knitting a jumper and performing micro-surgery as well, but I couldn’t see her other hand.

If she can do all those things, I thought, I bet I can at least manage something to eat. A cream doughnut possibly wasn’t the most sensible choice I could have made, but at least it was small enough to grasp in one hand. I jammed my takeaway coffee into the gap between the gear lever and the handbrake (my car’s too old to have a coffee holder) unpeeled the doughnut from the paper bag, put the car into drive, and took off.

Suffice it to say that doing more than one thing at a time is still not my forte and the cream stains on my new merino jumper are testament to the fact. So I’m really surprised that while it’s illegal to use a cellphone in a car – and I totally support that legislation –  I don’t know of any that forbids eating, drinking, or changing the cd.

My father would most certainly have forbidden the latter. When he discovered I’d been taking the transistor with me in the MG, he confiscated both radio and car, and grounded me for a month.

It was a good lesson – you need more than a sports car and a radio to get a decent boyfriend.