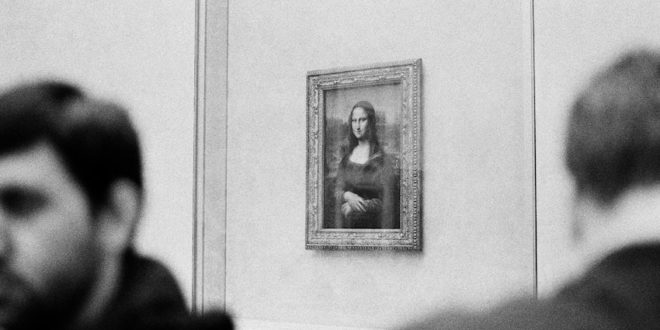 On seeing the Mona Lisa in the flesh, many people complain of their disappointment at the painting’s size. There is a theory that the canvas was once much larger than its present dimensions. What appears to be a balcony behind Lisa del Giocondo is said to be recognizable as part of a window in a stone building, with various objects around to suggest it is in fact an early lighthouse: navigational aids, nautical equipment, olive oil (to fuel the lantern) and a painting of an actual lighthouse.

While the landscape in the background is clearly imaginary, the building is believed to be based on a construction in the real world. It is most likely the Torre della Lanterna of Genoa (built in 1128) since it is alleged the Genoese coat of arms is also visible in the original Mona Lisa. Why Da Vinci chose this lighthouse as the painting’s setting is unknown, but it could have something to do with one of its keepers at the time: Antonio Colombo, uncle of Christopher Columbus. The famous explorer and Da Vinci were born within a year of each other in Northern Italy and, although it remains to be proven they had any personal contact, it is certain they knew of one another’s work. Christopher Columbus could be the key to unlocking Leonardo’s interest in “La Lanterna”.

It’s unknown why Da Vinci chose to depict the lighthouse, but even more mysterious is why anyone would wish to erase this fact from history. It has been alleged that when Vincenzo Peruggia stole the Mona Lisa in 1911 the canvas was tampered with, but photographs predating the theft clearly show the painting to be the same size it is today. No photographic evidence exists to corroborate the theory of the larger Mona Lisa, so it can only be assumed if it is true, the canvas must have been cropped before the advent of photography. Sketches by Leonardo exist which show a sitting figure with the unmistakable smile of Lisa del Giocondo, in a spacious room filled with objects similar to those mentioned above, but even if it were proven these were the first attempts at the Mona Lisa, it does not mean the finished piece looked the same.

It is not known why anyone would benefit from concealing historical facts in this way, but the chilling evidence someone did indeed wish to hide the additional parts of the Mona Lisa (or at least the idea of them) came in 2002 when Professor Donaldson of Cambridge University was murdered. The previous year he had provisionally outlined the above theories to the world, adding he would bring together his years of research in a revelatory book on the subject, called ‘Mona’s Missing Parts’. Unfortunately the book was never released, and most of the alleged evidence for his assertions remains hidden. Professor Donaldson was an admired academic in his sixties who lived in rural Cambridgeshire with his four dogs. The only theory offered to explain his killing is that someone saw the release of his book as an event that had to be prevented at all costs.

I am now researching this subject with a view to understanding whether there is any truth in Professor Donaldson’s theories and why, regardless of their validity, the fact that they were going to be made public resulted in cold-blooded murder. I have only accounts of conversations he had with others about his ideas, rather than Donaldson’s own writings, and there is barely any other information about his Mona Lisa project except for reports of his death that mention it in passing (the only extended coverage was on BBC News 24, which first alerted me to this whole matter). 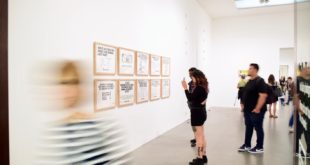 If you enjoyed scavenger hunts as a kid, you won’t be surprised to learn they’re ...