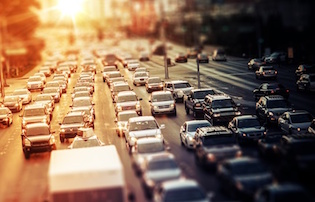 Are you traveling this holiday period and already trying to figure out a way to skip the dreaded traffic?

Spare a thought for the poor people in Bejing in August 2010 who were trapped in traffic for 12 days!

The longest traffic jam occurred in Beijing, China: August 2010. Imagine being trapped in a 62-mile long traffic jam that lasted for an incredible 12 days. That just what happened to the poor folks attempting to traverse the Beijing-Tibet expressways in August of 2010, for which the trip took as long as three days. Not caused by closure or natural disaster, this all-time tie-up cause was simply the result of too many vehicles clogging the road, particularly a bevy of heavy trucks carrying construction supplies into Beijing, ironically for road work that was intended to help ease congestion.

Previous Article Saying thanks for the gift of life
Next Article Video: The secret chord that makes Christmas music sound so Christmassy