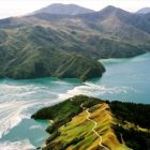 I’ve spent the past week on the road with plenty of time to think. I drove from Oamaru to Blenheim using SH1 and the coast road all the way, dodging the swarms of huge pantechnicons that roar along just under the 100km/h making them dangerously difficult to pass. In Marlborough I drove to far-flung and remote communities like French Pass and Bulwer, took a day-long cruise on the Pelorus Mail Boat and returned to Southern Civilisation via the Molesworth.

Getting to these places requires patience. It’s 80 kms in from the Rai Valley to Bulwer and that took me two and a half hours.

Back home at Chez Dick in Oamaru I barely had time to say hello before I was off to Dunedin the next day for a day-long adventure with the Taieri Gorge Railways people.

This consisted of a ride in one of their lovingly maintained vintage carriages, north from Dunedin to Palmerston in a train they call The Seasider. In Palmerston there was just time for a world-famous MacGregor’s mutton pie before we were whizzed off in a busette (small bus) for the wilds of Macraes Flat and the Oceania Gold Mine. Here you find the remarkable Stanley’s Hotel.

On the way we had a good old-fashioned roast dinner, for lunch, at the ancient Highwayman Hotel in Dunback — possibly the third oldest standing hotel in the country.

If you’re a North Islander and have gazed slack-jawed at the huge hole in the ground that was the Martha mine in Waihi, the biggest pit at Macraes is five time the size of the Martha — and they’re about to double it! The figures that were tossed about here were bewildering.

Then the busette took us via Middlemarch to Pukerangi where we piled aboard the Taieri Gorge Express for the spectacular ride back to the equally spectacular Dunedin railway station. And I was lucky enough to get invited onto what they used to call “the footplate” in the days of steam locos.

We left Dunedin at 9:30 am and arrived back at 6:30pm. So it was a longish sort of day — but absolutely brilliant.

I’m familiar enough with the various components of the trip, but put together as this sort of non-stop package it’s one of the best things that New Zealand offers and, for me, ranks up there with the trip from Whakatane to White Island.

But I had plenty of time to let the back part of my brain ruminate over several matters that have been bothering me.

The first is that there are signs that John Key could be a fair-weather prime minister and he’s not on for the long haul. He was asked about that by a pesky hack recently and he responded with “I wouldn’t be doing the job if I didn’t like it,” with just a hint of snap.

I am also puzzled by the Crafar Farms affair. It’s ironic that one of New Zealand’s most unpopular businessmen, Sir Michael Fay, was behind the High Court appeal that has so deeply embarrassed the government and pleased so many ordinary New Zealanders — on all sides of the political fence. Briefly, Fay became a hero again, just as he was when he helped win the America’s Cup.

Most New Zealanders don’t want important chunks of land sold to “foreigners” — particularly Chinese it seems. The handful who defend the sale of land to overseas investors snort derisively “they can’t take it away and leave a black hole.” That’s right, but around the country I’ve come across “No Trespassing” signs, high gates, electric fences and snarling guard dogs at properties that are no longer owned by New Zealanders. Many foreign owners have a different sense of “ownership” to us.

For me, the real question about the Crafar Farms is why do the 16 farms have to be sold as a single unit? I understand that it’s the bloodless, ruthless corporate executioners, Korda Mentha who made that decision.

On the road, everyone I have met who knows anything about farming says the farms would perform better and be better managed and looked after by individual owners. There are plenty of young, aspirational New Zealand faming families who would love to buy one of these farms. They can’t afford the 16 as a unit, but they could buy one of them — with some help from their bank of course.

That’s the best answer of the lot isn’t it? I don’t fancy the 16 Crafar Farms being managed from an office block in Shanghai; or an office block on Queens Street in Auckland.

In the past four months I have been to almost every nook and cranny of the country and I came to the conclusion while sitting back watching the view out the window of the Taieri Gorge Express that the 2011 Rugby World Cup was one of the greatest con-jobs ever foisted on New Zealand.

It cost the country millions and million and millions of dollars — and we got nothing back, except a trophy that most of the world has never heard of. And even that was by the skin of our teeth.

The International Rugby Board took over the running of New Zealand, demanded this and that — and then some more. And took most of the money. Apart from a handful of bar owners in Auckland, I have yet to speak to anyone who came out of the RWC financially ahead.

We were promised a financial windfall and the global spotlight through hosting the RWC. It was all a nonsense — rugby is a minority world sport and even the Australians, as a whole, didn’t give much more than a flying fig about the whole thing.

How about the huge, out of control bunfight on the Auckland waterfront on opening night? They weren’t overseas visitors and rugby fans — they were Aucklanders out for a party and for the vast majority, that was their only participation in the whole damned thing.

During the RWC I drove past the HQs of several of the nation’s biggest campervan rental companies and what did I see? Empty yards with workers doing a bit of tidying up? Nope — I saw yards chocka with unrented campervans.

Speak to the tourist industry in Queenstown — this country’s premium tourist watering hole — and far from having a boom, they went through a dismal spell and everyone stayed away — apart from Mike Tindall and his yobbo mates.

I don’t know why we bothered.

But I loved the remote outer Marlborough Sounds and I thoroughly recommend the Macraes trip with the Taieri Gorge people.

And here’s a useless bit of information I came across in Marlborough. Thirty percent of New Zealand’s total wine production, across all varieties, ends up in boxes — the legendary Chateau Cardboard — and the majority of that is sold in the Auckland market.

Our wine sophistication, it seems, is about two glasses thin.

Allan’s views on the RWC rort inlficted on the ratepayers and taxpayers echo mine! And I am keen supporter of the game – but we are too quick to look at issues we can’t afford. Len Brown’s inner loop is a case in point. Good in theory, expensive to implement.
I knew about the Queenstown RWC situation and guessed it was the same elsewhere. But glad he enjoyed the Seasider – we are looking forward to travelling on it in mid-April! Following yet another school reunion!
Good comments, Allan. Keep them coming. 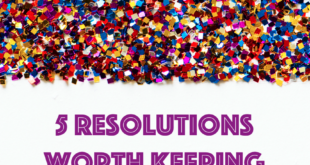