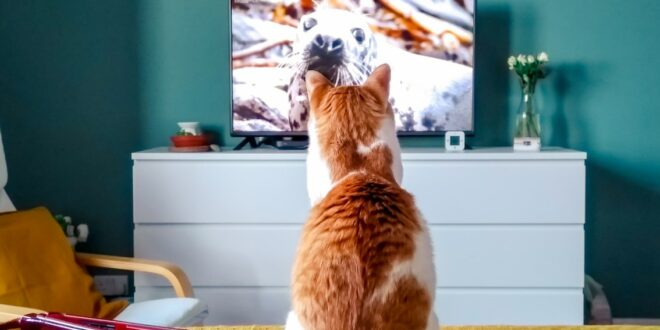 Of all the many genres of entertainment we have available to us, reality TV appears to be one of the most popular. Week after week, after week, hundreds of thousands of viewers tune in to the box to watch, not world class actors, but seemingly ordinary people engage in non-scripted activities. Many of those viewers watch not just one show a week, but several – and here’s the thing – they are seemingly unable to give them up, even if they want to. But before we check out just why that is, let’s take a look at who reality TV viewers are.

For starters, it turns out (according to research) reality TV viewers don’t so much watch a show because they’re curious to find out what goes on it it, but because viewing satisfies certain fundamental desires. For example, the more a person is into ‘status’ and feeling self-important, the more they’ll watch a show. One reason for this is the characters in reality TV are ordinary people, which gives the viewer a sense they too, could be chosen to be on such a show.

People who are motivated by a desire for vengeance and getting even with others, are also drawn towards reality TV while those who prefer to avoid conflict and competition are less likely to watch these shows.

If you’re a reality TV person, and you’re starting to feel uncomfortable, don’t be too hard on yourself, because it turns out reality TV fans are also likely to be more sociable than those who steer away from such shows. This is because reality TV is a subject many people know about, and it provides an opportunity for shared conversation. What’s more, research also suggests when we watch, especially embarrassing moments, on reality TV, the area of our brain related to compassion and empathy, and the suppression of feelings of egocentricity, is stimulated. Coupled with prompting us to problem-solve, it would seem reality TV has quite a lot to offer – so where’s the harm in binge-watching it?

As it happens, reality TV can be as addictive as a drug. The excitement, pleasure and happiness developed from watching a show, releases a chemical in our brain known as dopamine. Dopamine makes us feel great.

When we don’t experience these TV ‘highs’ we can feel

down or even depressed.

While it’s fun to enjoy the pleasures of one or two reality shows, the problems comes when, with so many at our disposal, we seek out this dopamine pleasure-seeking more than is healthy for us. Before we know it, our pleasure is coming all from TV watching, and not at all from meaningful real life relationships. We become withdrawn from friends, family, partners and children whose company doesn’t match the dopamine high of reality TV viewing. Before long, we start to live in a world of fiction and fantasy, and find ourselves alone and missing out on the longer-lasting joys and pleasures of real life.

Then there’s the tendency to criticise ourselves over our body image because it doesn’t live up to the looks of our reality TV stars. After all, those six-pack abs and shapely bottoms were part of the reason these stars got chosen to be on the show in the first place!

If this sounds like you, it’s time to began weaning yourself off reality TV shows. Start by cutting down the number of shows you watch, a little at a time. At the same time, deliberately schedule time to engage in enjoyable activities with those you love. Head to the park, the cafe, the pool or the beach. Pick up the phone and call your grandchildren. Book a dinner date with your partner.

Don’t expect these activities to immediately give you the same ‘highs’ as watching your favourite reality TV show, but stick at it, week by week. You’ll be surprised by how pleasurable life really is. And if you can’t manage the detox alone, seek professional advice.

Sailing Through My Imagination 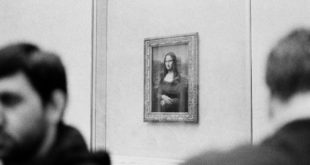 On seeing the Mona Lisa in the flesh, many people complain of their disappointment at the painting's size