‘Matariki’ is actually a shortened version of the longer name for the star cluster which is ‘Ngā mata o te ariki o Tāwhirimātea – ‘the eyes of the god Tāwhirimātea’ (non-Māori names for the same star cluster are ‘the Pleiades’ and ‘the Seven Sisters’).

According to Māori myth, the children of Ranginui (the sky father) and Papatūānuku (the earth mother) wanted to separate their parents, something that was finally achieved. When Tāwhirimātea (the god of the wind) found out about this, he was so furious, he pulled out his eyes and threw them into the heavens, creating the Matariki star cluster.

Matariki marks Māori New Year, and occurs at a time when, traditionally, the heavy work of crop harvesting was over, and there was more time for rest. Traditionally, Māori would study the Matariki star cluster, noting the brightness of its stars, as well as their movement. They believed these stars offered clues about the future, including what the weather would be like and how successful fishing would be. Matariki was also a time for grieving for loved ones who passed away the previous year.

As Matariki is a winter event, it was viewed traditionally as a time of hunkering down and keeping warm; a time to tell stories and to learn from elders. It was a time of sharing and planning.

Our new Matariki public holiday will have, at its heart, similar intentions to those originally attached to it. It will remind us to honour all those whom we’ve lost since the last rising of the Matariki star cluster, to give thanks for all we have, and to look forward with hope to the coming year. And it will be a time for celebrating!

To find out how you can join in a celebration of Matariki, contact your local council, check out events on Facebook, and watch out for posters around your community. If you can’t find something to suit, why not come up with your own celebration by inviting friends and neighbours to join you in a Matariki pot luck meal or progressive dinner. If you want to join in the tradition of making and giving gifts, check out this great You Tube Matariki Star Making adventure. Matariki is also a great time to honour the memory of a loved one by tidying up their grave, or visiting their resting place with flowers.

However you do it, don’t miss out on acknowleding our latest public holiday and tribute to the Māori world! 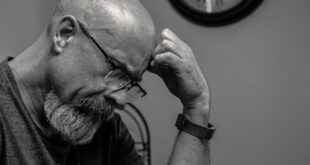 A decline in the sharpness of memory, as we grow older, can be disconcerting. Yet, if we take time to check out our concerns with friends of a similar age, we’re soon reassured we’re not the only one.