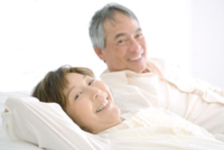 The G-spot is a wide sensual area located between the vagina and the urethra and also around the urethra. The most sensual point in this area is said to be found 3 inches or 5 cm inside the vagina at some depth in the tissue under the front/upper vaginal wall.

According to traditional Freudian theory a young immature girl or woman gets the main feelings and her orgasms from the clitoris. As she matures she acquires the ability to be stimulated and get orgasms vaginally and looses her interest for clitoral stimulation.

This view was opposed by the feminist movement and they consolidated the thesis that a woman could only get her orgasm by clitoral stimulation and that there were no other centre of sexual lust. This thesis is still politically correct information in many gynecological and sexological textbooks.

Researches pioneered by the German gynaecologist Erst Grafenberg have however revealed that woman have a large sensual area near the vagina and around the urethra, and the area has been named the G-spot or the Grafenberg spot after its discoverer. Since the area is large and comprises many structures, the G-spot is not very well defined.

The G-spot has since become both an important issue in popular culture and a matter of great political controversies that still are going on. Some experts are strong proponents of the G-spot, while others are eager to deny that it exists or try to explain it away by defining it as a deep part of the clitoris. The question of female ejaculation also seems to provoke the same degree of political controversy.

The proponents of the G-spot seem to give it a too heavy importance, while for the opponents it seems to be important to deny the existence of the G-spot and female ejaculation for any prize.

THE ANATOMY AND PHYSIOLOGY OF THE G-SPOT

The G-spot is an area laying between the urethra and the vagina and around the urethra. The most sensitive point in the area is found 3 inches or 5 cm inside over the upper/front vaginal wall (front if the woman is standing and upper if lying).

The area has a mesh of blood vessels that can fill with blood and engorge. The area has a rich equipment of nerve endings. The urethral sphincter consisting of a grid of crossing muscle bundles lays between this area and the bladder.

At both sides of the urethra, the area has a gland that produces a fluid with the same composition as a man's prostate, the paraurethral glands, which can be defined as a part of the G-spot. The area is also connected to the clitoris with bundles of connective tissue.

THE SENSATIONS OF THE G-SPOT

The innervations of the G-spot provides for strong sensations of sexual pleasure. These are described by many women as waves of pleasure spreading out from that area and that increase as the excitement increases and increase towards orgasm.

The innervations of the G-spot and the nearby area provides for sensations of many other kind during sex. Some women feel a sensation like the urge to urinate and the good feeling when one lets the urine flow. All these sensations increase when the mesh of blood vessels engorge.

Some women are however not aware of any sensations in the G-spot, and many women learn to recognise these sensations with sexual practice and by experimentation with sexual techniques. Some women also seem to mistake sexual urges coming from the G-spot for urge to urinate.

HOW TO STIMULATE THE G-SPOT

You can stimulate the G-spot of yourself or your woman by massaging with some force up against the upper/front vaginal wall about 5 cm or 3 inches inside the vagina. The right depth will of course vary from woman to woman, so it is important to try a wider area. One must massage so deep into the tissue that the massage exert a pressure in the area between the vagina and the urethra.

Upon stimulation of the right intensity and length a woman can get an orgasm with the G-spot as the centre of the feeling. Since there is an intimate connection between the G-spot and the clitoris, there will usually also be a clitoral component in the orgasm. Sometimes the center of feelings will be in the clitoris also upon G-spot stimulation, but the feelings will still originate from a wider area. Sometimes the woman will feel an intense pleasure in a wide area, including both the G-spot, the clitoris, the bladder area, the thighs and the anus.

G-spot orgasm or orgasm caused by G-spot stimulation is felt to by many women to be much more profound both physically and mentally than a pure clitoral orgasm and the feelings will often reach much farther inside in her body.

The power of touch in relationships

Can sex problems cause heart disease?

Never forget that YOU are a catch!

My husband doesn’t want to have sex

do you know there is a profession now called “squirtinator” teach woman how to squirt profoundly and have a wonderful orgasm. its so popular nw in US

This is absolutely wonderful and correct. Every woman needs to experience this type of intense orgasm.

Spot-on I reckon. Now can we get some information about: How to learn to Love.
What love is, and isn’t.
How to maintain Love, and avoid divorces, etc etc. etc. etc. etc. etc.
yoikme 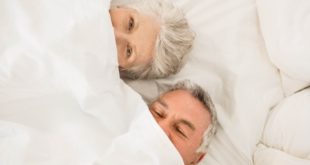 The #1 key to solving painful sexual positions for older adults

Can something as simple as changing your walk really give you more sexual gratification? Solving ...