Part two of the How To Overcome Regrets series.
Mind & Emotions

In my last post I told you about Sarah Winchester and how she lived her life looking backwards, consumed with guilt and regret…..for something she didn’t even do, or have anything to do with!

All she did was marry the heir to the Winchester fortune…..and become the only one left to try and contend with the knowledge that the money which made her wealthy woman was responsible for killing hundreds and thousands of men, women and children.

We looked at how Sarah lived her life with all that money…….and guilt…….and regret…..looking backward. One reader wrote back to me and summed up Sarah’s life in one word….‘tragic’.

One rainy afternoon an inspired 15-year old John sat down at his kitchen table in and wrote three words at the top of a yellow pad, “My Life List.”

Under that heading he wrote down 127 goals.

Like most 15-year-olds, John had a wealth of heart-pumping dreams and with his list intact, he set out to live a life with no reserves, no retreats and no regrets.

His list included a vast spectrum of dreams, including the following:

‘When I was 15,’ Goddard told the Life reporter, ‘all the adults I knew seemed to complain, “Oh, if only I’d done this or that when I was younger.” They let life slip by them. I was sure that if I planned for it, I could have a life of excitement and fun and knowledge.’

In his pursuit to a life with no reserves, no retreats and no regrets John Goddard has not always experienced favour. In fact, he’s had his share of adversity, challenges and even life threatening incidents.

He’s been bitten by a rattlesnake, charged by an elephant, and trapped in quicksand. He has crashed in planes, been caught in earthquakes, and almost drowned twice while running rapids.

Yet he remains focused on his goals!

No Reserves. No Retreats. No Regrets.

In 1904 a child of wealth, William Borden, heir to the Borden Dairy Estate, graduated from a Chicago high school a millionaire. His parents gave him a trip around the world.

Traveling through Asia, the Middle East, and Europe gave Borden a burden for the world’s hurting people. Writing home, he said, ‘I’m going to give my life to prepare for the mission field.’

When he made this decision, he wrote in the back of his Bible two words: No Reserves.

Turning down high paying job offers after graduation from Yale University, he entered two more words in his Bible: No Retreats.

Completing studies at Princeton Seminary, Borden sailed for China to work with Muslims, stopping first at Egypt for some preparation. While there he was stricken with cerebral meningitis and died within a month.

It All Starts With A Change Of Heart & Mind

There exists a road out of regret and it begins, as every significant life-altering decision must, with a change of heart and mind.

From personal experience, this choice, a crossroads so to speak, will come to you more than once. You will come face to face with the crossroads of decision many times in your life and the shift from living a life of sadness, guilt, self-recrimination, and regret……like Sarah Winchester.

You will face a time when a fresh dream will be presented before you and you will have to make a decision. All you need to do is to change your mind.

In fact, you might be facing one right now.

Before editor and essayist Norman Cousins died, he wrote, ‘The tragedy of life is not death, rather, it is what we allow to die within us while we live.”

So, do you want to live a life of no reserve, no retreat and no regret? The journey starts now with two questions:

I know from personal experience that this journey can take many twists and turns. There will be times when you’re sure you are making the right choice only to find out it was yet another dead-end.

You’ll have people, some who love you very much, think you’ve lost the plot because you are changing….pursuing…….hunting……making life altering choices yet again!

You see, they simply don’t know that you are seeking a life of no reserves, no retreats and no regrets.

So, in closing this post, let me ask you a question. What dreams do you need to actualize for you to live a life of ‘No Reserve. No Retreats. No Regrets?

Until next time……DARE TO DREAM! 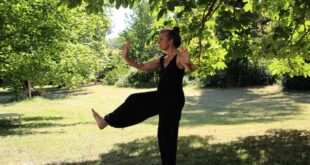 Even though we do lose physical capacity with age, there are many ways in which our competence increases.