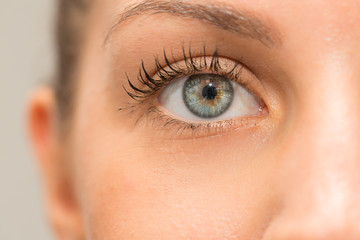 Puffy eyes are a condition where the eyes begin swelling due to different factors. The skin around the eyes is very thin and is full of blood vessels which make it very sensitive. Usually, puffy eyes will go away after a little bit of time or some treatments done at home. Generally, puffy eyes disappear inevitably after some time or the problem can be dealt with treatments done at home. However, puffy eyes are also indications of additional eye condition that may necessitate scrutiny by an eye care expert. In instances where puffy eyes are critical and continual or are associated with pain, uneasiness, indistinct vision, or additional conditions the advice of a professional eye care specialist should be sought.

Symptoms of Puffy or Swollen Eyes:

What causes puffy eyes? There are all manner of insidious reasons people develop puffy eye syndrome. Here are some typical causes for puffy eyes:

Fruits and vegetables such as strawberry, apple, cucumber, and potato slices can help with both the puffiness and the discolouration. Each has its own variety of nutrients which can ultimately feed the eyelid and under eye area. These nutrients are healthy for the skin when applied to the outside of the eye as well as when eaten.

Bags under the eyes are often due to fluid retention and again there are ways to reduce the problem other than turning to surgery.

The appearance of those bags can often look worse on waking in the mornings and that’s because the fluid builds up overnight. You might like to try a little exercise in jumping up and down or just running up and down the stairs as gravity can help pull down the excess fluid and lessen their appearance.

There are other well-known remedies such as lying down with cucumber or potato slices over the eyes and of course the application of ice or cold teaspoons.

You might also like to try tapping lightly with your finger in the under eye area for a minute or so to try and disperse the fluid.

If you believe that those bags under the eyes are as a result of your lifestyle or diet you could run a check on whether or not they are worse after eating certain foods or when you have been consuming too much alcohol or have been in a really smoky atmosphere. Try avoiding some of these things and see if it does make a difference.

Elevating the head while sleeping can prevent the gravitational redistribution of fluid that is associated with eye swelling. A low-carb diet can prevent eye puffiness by preventing water retention. Eating foods rich in vitamins, especially A, C and E, helps to reduce eye puffiness and to maintain clear, moist skin.

Previous Article Can you really get fit by practicing yoga?
Next Article Obituary: Graeme Stanley (a.k.a. Dr Livingstone)

I’ve been sleeping less at night getting my youngest ready to leave for college and noticed bags under my eyes. After using dermalmd under eye treatment serum I’ve seen the bags disappear and my face just feels smoother overall. 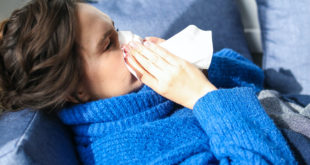