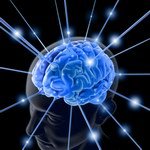 The American psychologist Robert Sternburg has described three levels of intelligence: the analytical, which we use to solve problems; the creative, with which we tackle new problems; and the practical, which helps us to master our lives. For many years now, neurobiologists have studied the way our thinking has evolved. They have divided the brain into compartments, in which thought activities, such as “formulating”, “recognizing” or “hearing” are located. Their work has given us a much clearer idea of the ways we think. According to the neurobiologists, our thinking platform is formed during the first years of life. Comparisons between children growing up in different environments, for example, one lacking in stimuli against one with more has shown that those in a less stimulated environment have less developed intelligence. An environment completely devoid of any external stimuli prevents the formation of neural paths, or nerve connections, in the brain.

In 1900, the French psychologist Alfred Binet (1857 to 1911) developed the first method for measuring intelligence. Since then, procedures for measuring individual thinking capacity, known as IQ tests, have been used all over the world. However, the questionnaires of IQ tests only capture intelligence relating to language, logic and mathematical thinking. The ability to solve problems or create new things, which many deem to be the actual nature of intelligence, unfortunately cannot be measured in this way, just as there is no way to measure a person’s social competence.

It is an accepted fact that people have different types of intelligence and this has to do with the processing of information in the brain. For example, logical and rational matters are stored differently to intuition or vivid imagination. People with highly developed analytical abilities like mathematicians will generally solve difficult problems in a very different way and will use different areas of the brain as compared to artists. These varying thinking structures can make communication more difficult, for example, between women and men. But because of these varieties of thinking, human cultures are rich in its diversities.

Did we indeed evolve from our primate ancestors into such extremely complicated and highly intelligent human beings? The experts hold differing views on this question, but most agree that communication must certainly have played a very important role. Humans are social beings who live together in large communities. As the communities grew and the relationships within these communities became more complex, communication would likewise become more difficult. So as the communities that were formed by our ancestors increased in size, there was a corresponding increase in human mental capacities. Eventually, humans developed two powerful communication tools: language and writing.

Even if the basics of intelligence are laid down in our genetic blueprint and are formed during the first years of our lives, human mental development is certainly nowhere near its conclusion. Human beings also distinguish themselves by their ability to learn new things up to the end of life. There are no real limits to human memory and intelligence. Using special memory techniques many have been able to remember large amounts of information. Such memory training is obviously helpful for students to brush up their study skills and accelerate their learning. However research have shown that by learning such memory skills to improve memory and using them throughout their lives, people have been able to stave off dementia or Alzheimer’s disease.

If you stop thinking, your mind will start to deteriorate’ but if you stay active and train your brain regularly, you’ll be surprised how clear your thinking will remain, even in old age. So do yourself a favour, never stop learning and never stop thinking, even and especially in old age.

An interesting article that affirms what I already know. What I would find more informative though, is more factual detail about further reading, exercises or activeties that will help in this ongoing learning/developing of the memory and brain.

I have just read this article and totally agree that we must keep learning and keep our brains active. I work full time and note that while I am working my mind and brain are active all the time. But when I have a break of 2 or 3 weeks and are at home doing my homely chores I find that I start to forget things and it seems to take longer to work things out. I don’t know whether it’s because I totally relax for that time or it is because I am not as alert to what is happening around me because I am not at work.
I tend to do crosswords and code finders to keep everything ticking over.
I found the article very interesting 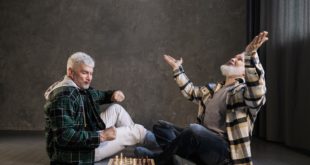