Migraines trouble women about 3 times more often than men and migraines are not restricted to adults with a sizeable number of children experiencing them as well. A migraine attack lasts anywhere from a just few hours to several days and with longer attacks victims commonly have secondary effects for much longer. Despite the fact that migraine headaches are so common close to half of all victims never see a doctor about the condition.

A frequent symptom of a migraine is an acute and throbbing pain to one side of the head which is often localized in the region of the temple. This pain is also frequently accompanied by other symptoms like nausea and vomiting and sensitivity to light and noise.

Just what causes migraines is not known and, in spite of the fact that for a long time it was thought that they were the result of a dilation of the blood vessels, contemporary research now favours other explanations. As well, In spite of the fact that there is no general consensus of opinion, many researchers believe that the migraine is a genetic disorder that affects the way in which some brain chemicals like serotonin interact with the nerve cells.

The complexity in solving the mystery of migraine headaches is amplified by the fact that migraines come in two different types.

The first form is known as 'classical migraine' and is linked with something which professionals call an 'aura'. This has nothing to do with mystical fields surrounding the body but refers to the symptoms experienced by sufferers before the arrival of a migraine headache. For these migraine victims it is normal to have visual hallucinations like bright spots and flickering lights or even to suffer loss of vision just before the onset of a migraine headache.

When these visual symptoms are absent victims are said to suffer from the second class of migraine headaches.

Striving to pin down precisely what causes migraine headaches is anything but simple although data collected over the years could point to the final answer. For example, individuals who do not get enough sleep can be at greater risk, as are individuals who experience too much sleep which has been correlated with a greater incidence. Attacks are also commonly associated with eating certain food items such as cheese and to missing meals.

Many researchers also consider that various hormonal factors influence the start and severity of migraine attacks and one piece of evidence for this is the much higher incidence of migraine headaches among women than men. In fact, one particular study reported an incidence of 17% in men as opposed to only 6% in men. In addition, studies have shown a link between the contraceptive pill and migraines and we known that Estrogen, which is a main component of birth control pills, has an effect upon blood vessels.

But the list of triggers does not end here and many everyday activities like walking up stairs or more intensive physical activity can trigger an attack, as can stress, extremes of heat and cold and loud noises and flashing lights. It has also been noted that migraine headaches occur more often when there is a combination of these triggers at work.

Fortunately, there are a variety of medical treatments available, although none has been shown to be overwhelmingly effective in all cases, and writing a diary of when attacks occur will often help you to identify lifestyle changes that might help in curing migraines. If changes to your lifestyle alone do not do work then there are various medications that your doctor can prescribe.

I used to get migraines several times a year, and found the recently closed down publication ‘Migraine Sufferers Support Group’ was very helpful. (Thanks Annette Hallam for all your good work). In the last year or so I thought I had finished with them. A few weeks ago I got one of my 3 star ‘real doozies’. But,that only happened after I missed breakfast because of going for a fasting blood test, and consequently also missed my usual early morning tablet. (I won’t do that again!)
I’m only telling you this in case it may help others, but I found that my best help for relief was self-help. I went to the local public library and got out, over a period of several weeks, every book that had anything to do with Migraines, and did my own research. When I found something I could identify with I copied the relevant info into a notebook. Then I set to work with a series of ‘elimination diets’, and a diary record, and worked out for myself what the ‘triggers’ were, what the severity was, what the ‘lead in time’ was, what medication I took to fix it, and so on.
Then I took steps to avoid food triggers, reduce extremes of temperatures, tiredness, stress, flashing lights etc. and managed to bring it under control. Plus a medication from a more enlightened and caring doctor. So, sometimes, the answer is out there. Not all family members are sympathetic (e.g. my youngest daughter called me a “control freak”), but hey!… a small price to pay for getting my health back….
Hope these steps can help you.
Smiler.

I get migraines and have narrowed them down to stress and sleeplessness. As I have got older my sleep has got worse. too many nights in a row without sleeping well and I get a migraine. Unfortunately I have to resort to a sleeping tablet to give me a decent sleep every few weeks. I am currently looking for a natural remedy to help me to sleep better. I know what Kamma means by a dullness of spirit. I tried to explain to the doctor how it made me feel low and weepy and he thought I was depressed!! I do find that immigran gets rid of the migraine after a couple of hours but I do hate taking medication.

Migraines are one of the most unpleasant things in life that brings me to my knees!! I am sure mine are brought on by stress and also linked to the change of life symptoms i have.I am also certain they are hereditary for me i remember my mother suffering badly as did her sister.
Medication dulls the headache but never takes it completely away, The migraine gives me a feeling of dullness in my spirit and a feeling of a shadow over my brain!!I sometimes feel sick and the light bothers me My eyes also become stingy.
I try to rest but if I’m working i just have to box on, Sometimes I go for a walk along the beach which is very soothing.
It is very hard to explain sometimes to people who don’t suffer headaches of any kind, i sometimes think they think it is an excuse for dullness, the fact is that a migraine makes one feel truely dull and in pain !!

After getting rid of all cosmetics, skin care products and shampoo that contained nasty chemicals like parabens and sodium laurel sulphate etc. I experienced a series of migraines over a two week period. The first being the most severe. I now put this down to withdrawal symptoms from the chemicals from these products that must have been in my system for years. I wish I had known years ago about the nasties from the petro-chemical industry that are in the big name cosmetics. Replacing my cosmetics and skin care products with ones made from natural products has not been as expensive as I would have thought. The bonus is, my skin is so much better in texture and softness. I now read the labels on cosmetics and processes food items before I buy. 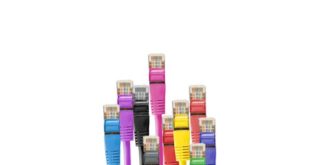 The human brain is capable of generating new connections and neurons throughout life, and engaging in brain-stimulating experiences has been shown to positively alter brain structure.