Is it possible for one human to do that to another without knowing that such an act will at the very least cause serious and probably permanent brain damage, if not death?
Wills, Trusts & Asset Protection

Whenever I read reports of violent crime, I always think the most chilling words you can see on the page are those that say something like – “he then stomped on the head of the victim.” The vision of some poor fellow being beaten to the ground, kicked, and then having his head lined up to be crushed under the deliberate savagely applied downward force of some thug’s boot is totally sickening.  Is it possible for one human to do that to another without knowing that such an act will at the very least cause serious and probably permanent brain damage, if not death?

Recently a young man who was part of a group that carried out such an act, where the victim died, was granted parole after two and half years spent in prison. The victim was a young father with three small children. They now will grow up never really knowing him, and in time will forget much about him.  He won’t be there to share the important moments of their lives. Perhaps it was not surprising that the grandfather of these three fatherless children was not impressed by one of his son’s killers being released after only serving two and a half years of a five year sentence for manslaughter.  Two others of the group had already been released on parole and others were soon to apply.

It should be mentioned that the young man who was paroled was apparently only seventeen when the attack took place and the judge at his trial had decided that he was not one of the principal offenders. Fair enough, he’s entitled to some credit for that, I suppose. Also there is no information that says that he was one of those who actually stomped on the deceased’s head. However, he was one of six young men who voluntarily participated in the violent acts that killed a solitary man who was in the wrong place at the wrong time.  They were all charged with murder but were convicted of manslaughter, which essentially means the jury decided that they did not form an actual intent to kill the man but a culpable homicide occurred because of their actions.

What sparked my interest in this decision, and another I read recently, were the comments made by Parole Board members. The comments were along the lines that once the offender was entitled by law to be considered for parole the only real issue then was whether he was a risk or danger to society, if he was released. If after considering expert reports, and interviewing the offender and receiving various other submissions the conclusion was he did not present a risk to society, then he had to be released. That was the law.

I’m not impressed much by the reliance on experts at the best of times.  Whenever experts are mentioned, I always remember how “experts” told parliamentary select committees that lowering the drinking age would not cause added alcohol problems in New Zealand, and there were also experts who advised that allowing pokey machines and casinos into New Zealand would not cause major gambling problems.  I suppose experts make more educated guesses than the rest of us who, due to our lack of specialist training, generally just rely on commonsense?

The comment that once the offender was deemed not to be a risk to society that he must be released led me to yell out loud – “what about punishment!” Has the focus upon what these men did moved so far after only two and a half years that we just consider factors of risk and no longer give any consideration to punishment at all? Do we just forget that a young man had his life kicked, beaten and stomped out of him, because the experts consider the particular offender is unlikely to do it again?

I hasten to add that I am not a person who generally believes that crime will be reduced by very long prison sentences.  I’d much rather my tax dollars were spent on schools and hospitals.  Also, I doubt whether for many offences increasing penalties is any deterrent.  When I practised criminal law I was struck by how many of my clients how no idea at all, when caught, of what the likely punishment would be.  Most had not given the aspect of penalty any consideration before committing their offences in the first place.

Although we might hope that an offender is reformed by his time spent in prison and upon release is determined to never re-offend, surely there are some offences that are so abhorrent that justice demands that punishment should always remain the primary focus. I suggest that the taking of the life of an innocent person in a particularly violent manner should be one of them.

I’m with the victim’s father on this one, only two and half years spent in prison for a particularly violent killing – cheapens the value of a life. 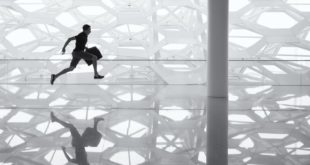 Many people as they get older often think about giving up full-time paid employment to pursue a more congenial life style.