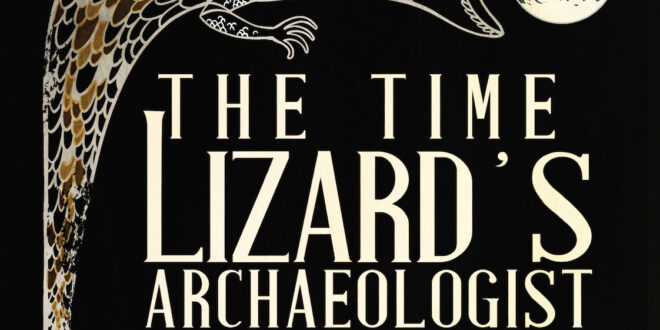 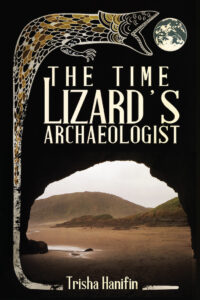 We are very pleased to be giving away a copy of Trisha Hanifin’s book ‘The Time Lizard’s Archaeologist’ to our GrownUps members.

About The Time Lizard’s Archaeologist:

A finalist in the Ashton Wylie Mind Book Spirit Awards for unpublished manuscript, this debut novel, by Trisha Hanifin, is part speculative and part climate-change fiction

2016: Auckland psychologist, Jason Winston, grieving over the death of his sister and increasingly disorientated by dreams and visions, begins to experience an alternate reality. Here he encounters Aja, a woman on a mission to discover who destroyed her village by stealing their powerful source of fuel.

2026: Auckland suffers an ecological crisis: the bee population is almost wiped out and the human population exposed to a debilitating virus. Isolated camps are established in the bush for those infected.

2036: A time of increasing food shortages, growing unrest and the influence of ‘The Flock’, which promises a haven for young people fearful of their future. Jason, old and increasingly frail, is approached by a young woman, Griffin, troubled by her own disturbing dreams and visions. Do they offer unusual insight or are they a sign of psychosis? Does she have access to timeless wisdom or is she delusional? Can Jason help her find a way to comprehend the past, survive the present and create a better future?

A novel with intertwining themes of mythology, psychology, philosophy, ecology and environmental concerns, it captures the psyche of a world in which widespread ecological disaster is unfolding.

“This novel is beautifully written and well structured. Interweaving past, present and future, it explores such concepts as Carl Jung’s collective unconscious and the effect of the destruction of our environment on human experience, yet never at the expense of the narrative and characterisation.” Joan Rosier-Jones

Originally from Timaru where she grew up in a large working-class family, Trisha Hanifin has lived most of her adult life in Auckland. She has worked in adult education in a range of community, workplace and vocational organisations, specialising in adult literacy and foundation studies, developing programmes, teaching resources and professional development for tutors. Currently, she is a lecturer in bridging education at Unitec.

A graduate of the Masters of Creative Writing programme at AUT (2010). Her writing has won several awards and been published in a number of literary journals and anthologies including Landfall, Bonsai: Best small stories in Aotearoa New Zealand, Flash Frontier and Turbine.

In 2019 the unpublished manuscript of The Time Lizard’s Archaeologist was awarded second place in the Ashton Wylie Mind Body Spirit awards. It is her first novel.

Excellent choices for the book competitions thank you

Oh thank you, we like to offer a diverse range for our members!

Your book competitions are excellent. Books that will interest different reading genres 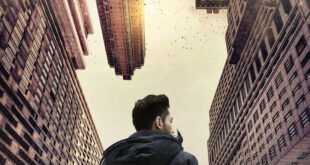 We are very pleased to be giving away two copies of David Burt's book 'Embedded' to our GrownUps members.