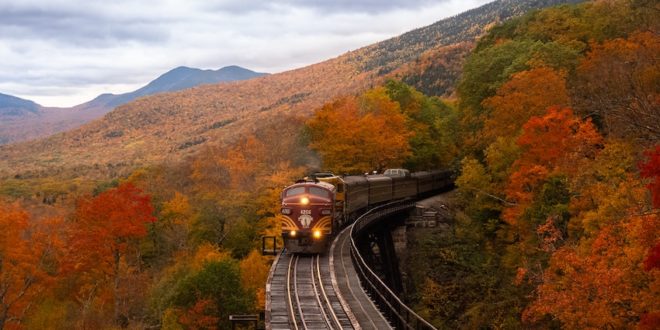 Record numbers of people are embracing the train, with train travel set to be one of the biggest travel trends for 2020 and the new decade. From flygskam to extra comfort, we look at why more people are choosing to travel by train.

In Scandinavia, flights between Malmo and Stockholm have declined by 10% in the past year, while train tickets sales have increased by 20%. Domestic flights across Sweden fell by 4.5% in 2019 compared to the previous year and domestic flights in the UK have fallen by 10% from 2007 to 2017.

Meanwhile, the Austrian ÖBB, Europe’s largest international rail company, had a 10% growth in 2018 over major lines like Rome to Munich and Vienna to Zurich.

So why are more people turning their backs on flying and instead taking to the tracks?

The rise of flygskam or ‘flight shame’ has led the charge on the train revival in Europe. The Swedish term emerged in 2017 when Swedish singer Staffa Lindberg said he would give up air travel, and that people should feel guilty about flying due to the carbon emissions of planes. Since then, climate change activists like Greta Thunberg have promoted the concept, and more people are choosing a greener way to travel.

A UBS survey showed that 21% of people surveyed had cut down on flights over the past year due to environmental concerns. A Eurail and Interrail survey found that the low carbon footprint of train travel was relevant in the decision about holiday transport for 71% of Interrail travellers in 2019, nearly 20% more than in 2017.

With rail transport producing up to 91% less CO2 emissions than flights, it’s about time we embraced the environmental benefits of train travel.

Trains are one of the safest ways to travel, with fewer deaths per billion journeys than cars, planes, bicycles and motorcycles. If you’re a nervous traveller, going by train may give you that extra peace of mind.

Train rides are also more comfortable than planes. The seats are usually roomier, plus there’s no turbulence to rock your luggage – or your stomach!
You’re not constrained by seat-belt signs, takeoffs and landings, and you can move about the carriages freely (and check out the buffet car).

The WiFi is generally more reliable on trains and you never have to turn off your electronics, so you can kick back with some entertainment on your smooth train ride.

Let’s face it – battling your way through traffic or a busy airport is one of the worst parts of travel. When you go by rail, you skip the road rage, never-ending security lines and the long waits until takeoff.

You can also bring more luggage without the enormous airline fees (and that 100ml liquids rule). Trains usually arrive in the city centre, instead of miles away like most major city’s airports. All you have to do is hop on and enjoy the ride, whether you’re on a journey through China or Italy.

Train travel inspires nostalgia for a bygone era and sparks the joy and romance of travel. Many people say train travel takes longer than flights, but a train ride is often the start of your holiday.

You get to sit back in a comfy chair, enjoy a glass of wine and look out at the views of the countryside. You’ll see incredible landscapes up close, like the stunning Swiss Alps, the wild Canadian Rockies and the snowy peaks of New Zealand.

Simply put, travelling by train takes you to the heart of a country.

Article in partnership with Trafalgar. Trafalgar is a travel partner of GrownUps Holidays.

What’s your favourite train journey? Are you planning any train travel for 2022? Let us know in the comments below…

Trains are definitely the best way to enjoy the British Isles and Europe. And yes, they can be a little expensive here…. but sometimes you have to weigh up the environmental cost of flying -v- trains …. plus travelling by train is relaxing rather than risky, which is how road travel can feel. I will always research train travel as I love its slower pace, no airport terminals, arrival directly to the centre of your destination …. and you get to meet your fellow traveller.

I love trains but you still need to fly to get to these beautiful places.
Our train journeys here are rather expensive! 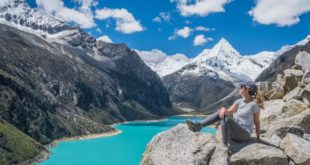 Solo travel is one of the fastest-growing travel trends. While some people prefer the freedom ...