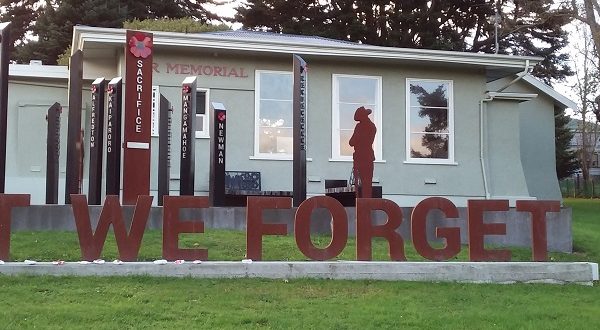 Let’s be honest here – there are one or two places in our fair country that we love to joke about, and Eketahuna probably tops them. Often said in the same breath as ‘Timbuktu’  because it apparently epitomises ‘the middle of nowhere’, the mere mention of this rural Tararua town brings a smile to our lips. Ask yourself why, however, and you may be stuck for an answer. At least that’s what we found when we went to check out the quaint little settlement – and discovered there was a lot to love!

With a population of around 500, Eketahuna is the closest decent-sized settlement to Pūkaha National Wildlife Centre, and is therefore the perfect place to stop for coffee as you head north after an afternoon of native bird and insect spotting. “But good coffee? In Eketahuna?” we hear you say! As it happens, we can vouch for the best espresso at ‘Addiction’ right in the middle of Eketahuna’s main street. Like many newcomers to the town (Aucklanders are apparently buying up large) owners Laurie and Craig have settled happily into the community and are busy mentoring young locals in the art of barrister-ing. The result is a mean flat white and a soy latte to die for. And the moist fresh carrot cake with real whipped cream is a must-have.

It would be a pity to limit your Eketahuna experience to coffee, however, when the highly scenic Cliff Walk is just a couple of minutes away from the main street. Opened by the Mayoress of the town in 1911 to commemorate the coronation of King George V and Queen Mary, the well surfaced track is highly scenic, and winds its way parallel to, but high above, the pretty Makakahi River with its stretches of gentle rapids. Allow 20 minutes to walk along it, entering close to the main river bridge in Bridge Street, and finishing at the camping ground. From there you can double back along roads for a back street view of the town.

On your return to the main street, be sure to check out the historic buttressed St Cuthbert’s Church on (you guessed it) Church Street. Followers of early New Zealand history will be delighted to discover this 1898 building which was erected on a site donated by Thomas Williams, whose father Henry translated the Treaty of Waitangi for Captain Hobson in 1840.

If your visit to Eketahuna coincides with a Sunday, the museum (open 2-4pm) in Bengston Street offers a settler perspective of the town with an emphasis on its early Scandinavian population. The museum also backgrounds Eketahuna’s original name of Mellemskov (which translates as ‘heart of the forest’).

As you head back to your car, be sure to swing by Eketahuna’s war memorial which was recently redesigned and now displays a striking modern installation of commemorative poles and a steel soldier silhouette on the lawn outside the memorial building.

If, like us, you’re now thinking that Eketahuna is undeserving of the wry smiles it attracts, let’s send you away with something you really can have a giggle at. In a not-so-long-ago upgrade to various bits and pieces of its infrastructure, Eketahuna was obliged to shift its much-loved town symbol. Just as Ohakune has its massive orange carrot, Eketahuna had a giant white kiwi. However, because so many tourists were stopping to take selfies beside it, the bird became a traffic hazard and had to go. But don’t despair; you can now find it in the main street, right outside the Chorus building!

I have to agree that Eketahuna is a neat little place. When I lived in the Nth. Island I used to visit the area at least once a year. I found the locals friendly and helpful.
In fact the whole of the area from Woodville to Masterton is very interesting.
The Tui Brewery is about 45 mins north by car. Middleton Model Railway is 10 mins south, turn off to the right SH 2 at the sign in the cutting (sad to hear Biddy the “Cheese Lady” recently passed). Going north to Pahiatua and turn left off the main street over the river bridge and there is the recently enlarged “Fonterra” plant, continue another 200 metres and you come to the Pahiatua Railcar Restoration site. The scenery in the whole area is often quite dramatic, the rivers are clear and swimmable, and the towns and villages historically very interesting. So next time you are driving through the Wairarapa, take time to check the place out!