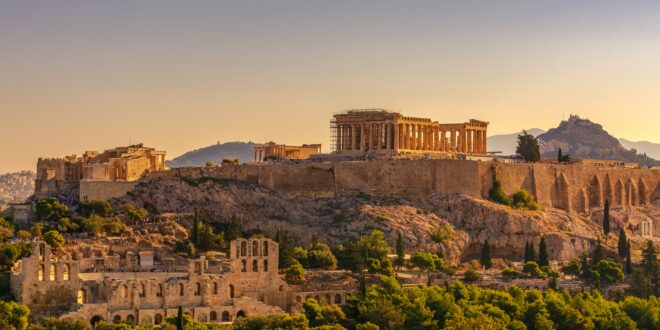 Here are 5 fascinating facts about the Acropolis of Athens in Greece thanks to GrownUps Holidays travel partner Trafalgar.

1. The Acropolis’ human history dates back thousands of years

An Acropolis is a city or complex built on a high hill. While there are many acropoleis throughout Greece, the one in Athens is the most famous – and one of the oldest! The Acropolis is located on the Attica plateau and it was first inhabited sometime around the 4th millennium, making it one of the earliest known settlements in all of Greece.

There’s evidence of humans inhabiting the area all the way back in the Neolithic period between 4000-3200 BCE, with a grave, a house, and several shafts and vessels found from this era. Human bones were also found among the shafts, and there’s a theory that the shafts were once the site of ritual burials. They could have also been wells as there are natural springs on the limestone slopes of the hill where the Acropolis stands. 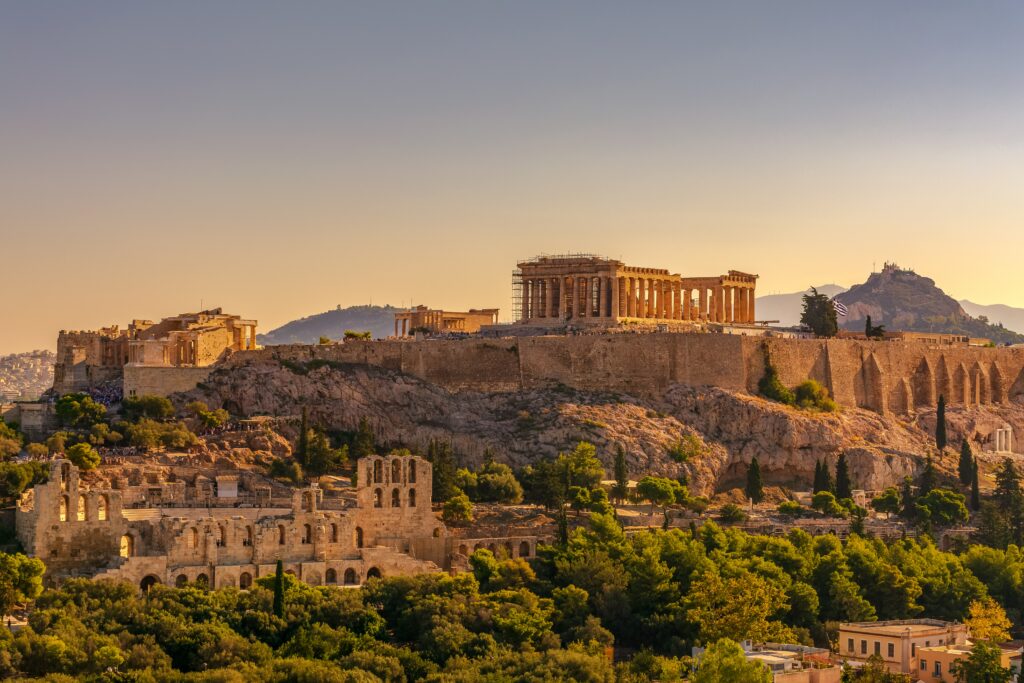 2. The Acropolis’ most famous structures were built in just a few decades

One of the most impressive facts about the Acropolis in Athens is that its most famous structures – the Parthenon, the Temple of Athena Nike, the Propylaea gate, and the Erechtheion temple – were all built in just a few decades in the 5th century BCE. The Parthenon alone was built between 447 and 432 BC and its intricate structure is astonishing.

The statesman Pericles launched the construction of the Acropolis when the Athenian Empire was at its most powerful. He intended it as a centre for Greek art, thought and faith. The huge project was led by architects Ictinus and Callicrates and the sculptor Phidias, and it required the effort of thousands of labourers, engineers, and artists.

They completed the whole collection of buildings in just 50 years. This is particularly impressive considering they brought the famous white marble from a quarry located 16 kilometres to the northeast of Athens all the way up the steep slopes of the Acropolis.

3. The Acropolis has survived a lot of war and destruction

The Acropolis in Athens is the most intact surviving ancient Greek complex… and that’s incredible considering the centuries of war, natural disasters, reconstruction, and changes.

While the Acropolis was built in the golden age of the Athenian Empire, this era was brief. Athens battled Sparta in the  Peloponnesian War soon after they finished the Parthenon, with the Spartans seizing Athens in 404 BCE.

The Ottoman Empire then invaded Greece in 1453, ending the reign of the Byzantine Empire. The Ottoman Turks controlled Greece for almost 400 years… But in 1687, a Venetian army attacked the Parthenon with heavy mortar shells, as the Ottomans were storing gunpowder there.

The Parthenon was damaged but remained largely intact until 1801 when Lord Elgin, an ambassador from the UK, struck a deal with the Ottomans. This deal led to Elgin taking the Parthenon marble sculptures adorning the structure. The majority of the Parthenon Sculptures are now in the British Museum of London. While Greece has demanded the return of the sculptures, the UK has not yet returned them.

The Greeks did not take back control of the Acropolis until 1822 during the Greek War of Independence.

4. The Acropolis’ history includes a defensive wall, a church and a mosque

While the Acropolis we see today was built as a centre for art, thought, and faith, the area has had many different uses over the years. Thanks to its high, central position above Athens, it was useful as a military defence point. The ancient Mycenaeans built the first defensive wall in the 13th century BCE, used for around eight centuries. You can still see remnants of the wall today.

The Roman Emperor Augustus built a temple around 19 BC, while the Roman Emperor Claudius built a large marble stairway to the Propylaea sometime during his reign from 41-54 AD. The Ottoman Empire also built some small houses around the Acropolis.

The Acropolis also has a rich religious history. The first pagan temples at the site date back to the 6th century BCE. The Parthenon became a church dedicated to Panagia (Virgin Mary), then became known as the Church of the Parthenos Maria.

5. The Parthenon is famed as “the world’s most perfect building”

The Parthenon was built nine centuries ago as a sacred temple for the goddess Athena, and it’s still considered an architectural marvel. The structure has architectural tricks like the slight angling of the pedestal to correct the optical illusion that the building sinks in the middle. There are also curves on the columns to correct the illusion that they get smaller in the middle. With a few deliberate imperfections, the architects ingeniously built the perfect building! 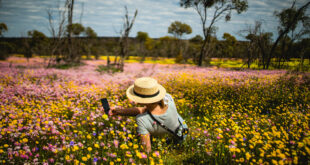 Western Australia is home to more than 12,000 species of wildflowers with more than 60 ...