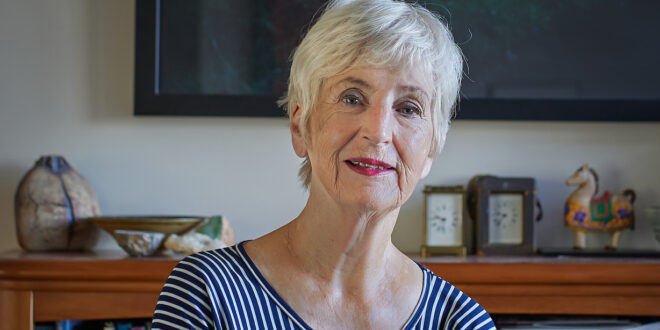 For years, one of my mother’s favourite ‘party pieces’ was to tell listeners the conversation she had with my 5th Form Dean (also my English teacher) at an end-of-year parent-teacher meeting, in which they both expressed the hope I pass School Certificate. A nice enough sentiment you are thinking? My mother always laughed in the telling, as the teacher hoped I wouldn’t return, because of my total lack of engagement and terrible marks! As it turned out (self-fulfilling prophecy), I lived up to my subliminally low standards and failed the national exams – apart from English surprisingly. It appeared, come New Year, the Dean and I were doomed to spend at least another forty weeks together.

Justice, however, came in the form of a reprieve, due to the one skill I possessed, that even my mother could appreciate – I was very good at art. Because Mum believed in education (she was a formidable primary school teacher) she had applied, on my behalf, for a place at the School of Design in Wellington, while I whipped up a presentation portfolio with a speed hitherto unknown to me.

By the age of seventeen, I had left art school (my social life was interfering with study oddly enough), and found a job, with my father’s support (and to my mother’s surprise), to become a ‘Junior Artist’ in a well-respected advertising agency.

By twenty I was married and had left the (paid) workplace. Sewing and baking took a higher priority than art through those years, as I raised a family. I was Handiwork Queen, and soon, bright crocheted quilts, wall hangings, and various inspired garments covered every bed, wall, and body in our home.  I didn’t venture far, apart from attending Plunket meetings, yoga and jazz ballet classes, which took me away on the odd evening.

I am convinced my life would have continued in much the same academic-study-free style if I had not moved to Palmerston North. It was there, at the age of twenty-seven, I met a new breed of women – who were mothers with youngsters like me, but were also students at Massey University.

Yet I discounted myself as being able to tackle university work, because I inherently believed I was way too stupid. But a part of me, the part that had read voraciously, and written journals and letters all my life, yearned to be immersed in study like my contemporaries, if only I had their capabilities.

It took a further ten years to convince myself to do something about my lack of academic education, and at age forty-two (and recently separated) I enrolled at university for my first English paper. As I took my seat in the old theatre building and looked up to read the title for the lecture I felt sick to the bottom of my stomach. Written boldly in chalk across the freestanding blackboard was the title of our lecture – MIMESIS – whatever the heck that meant.

Although the precise meaning of Mimesis is something I still grapple with, I received a ‘B’ pass for the Writing Theory and Practice paper. Perhaps this achievement was minor in the order of things academic, but it kick-started me on the road towards further education, although that didn’t happen for a few more years, as opportunities presented themselves for travel.

I went to Nepal to walk in the foothills of Everest with three other New Zealand women. The leader was good friends with Sir Edmund Hilary and, as he was in Kathmandu at the time, we shared a meal with him. I stayed with local Sherpa families, had a Nepalese teacher share my tent, and danced with the porters one night in a field. The month-long walk in Solu Khumbu was both an education and eye-opener to me.

I continued with my art afterwards, teaching adult students in portraiture, life, and general drawing. I considered applying for a teaching degree, but a year in Hong Kong with my new partner put paid to that idea. However, I did complete one anthropology paper extramurally that year.

On return, now aged fifty, I began my Bachelor of Education (teaching) degree. I loved the rigour, and was getting grades way beyond my expectations. I got to do art and dance as elective papers, which I loved. I have often said I always felt like a dancer inside, even though I didn’t achieve well in ballet as a child. Overall, my marks were in the top 25% of students sitting the degree. But the A+ I gained in dance meant the most to me.

Then I moved to Auckland and I couldn’t find a job. But before the year was out, I was in Japan, teaching English for a private language academy. I was there, on my own, for eighteen months, and while there, I began writing a novel. I guess many factors led to this – the totally different culture, the people, the variety of experiences, and reading so much in the evenings. I felt compelled to write the draft of a novel.

After this, I decided to do a Certificate in ESOL and, just because I could, I completed this in Barcelona, taking a teacher friend with me. My job in ESOL only lasted a year as the ESOL market dive-bombed due to SARS, and again I was without work. So, I literally returned to the drawing board and began illustrating books for children, while also attending some short writing courses at Auckland University.

Aged fifty-seven, I enrolled in a Masters in Creative Writing (with the rough draft of the novel, mentioned above), and a year later I graduated with an MCW from the University of Auckland. But, I couldn’t stop studying! I went on to complete courses in Travel Writing and Advanced Fiction with Massey University. Writing is hard work, but it is also so much fun I know I’ll never stop writing.

I wonder what my English teacher would say about me now? 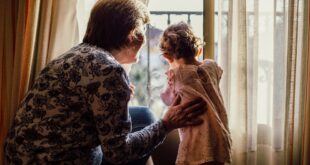