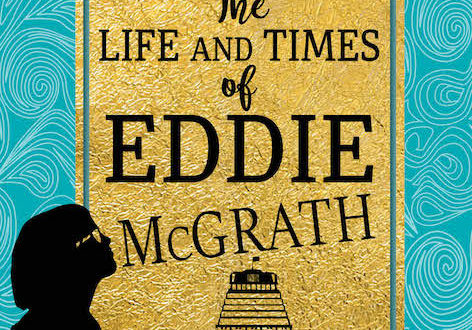 “There you are, after a whole life of finding out what’s what, and you end up with no one asking you.  Asking you what you want, I mean.”

Last month OneTree House released the latest book by New Zealand author, Brigid Feehan, called ‘The Life and Times of Eddie McGrath’. We asked Brigid to tell us more about the book, which deals with issues facing us as we get older, even though it is a novel for young people:

In my book for children (ages 8+), The Life and Times of Eddie McGrath, Eddie, a 13-year old girl, meets for the first time a woman she previously feared was a ghost:

“She was slight but strong-looking with arched black eyebrows and a cascade of long grey hair.  Her trousers and jersey were black and she wore a big silver pendant of an owl around her neck.  Her face was all wrinkly.  Dirt was smudged across her nose and cheeks.”

This is Sylvia, who Eddie has discovered living hidden away in a derelict glasshouse she has made into a rough but comfortable home.  Why is she living there?

“They tried to tidy me away, make me stay in a home.  An old people’s home.  My family did.  My son-in-law’s behind it, Mr Big Cheese.  Anyway, I won’t stay, I just won’t!  That’s that.  I don’t care where I rest my bones, but I want to be free, I want to be amongst God’s creatures, not imprisoned in that…in that… mausoleum!”

Sylvia explains to Eddie that she missed her own home.  Eddie listens carefully and is moved; memories of all the loneliness and homesickness she has ever felt in her life coming rushing back at Sylvia’s words.  What, Eddie asks eventually, did Sylvia miss most?

“The animals,” Sylvia said, immediately.  “I know it’s a funny thing, I didn’t have my own pets after my cats Bertie and Doris died.  Three years ago now.  But still, there was always a neighbourhood cat snooping around, or curled up in the sun.  A little ginger one would come for the lick of my yoghurt pottle every day.  Sometimes a dog would burst through the bushes and stay for a slow game of catch.  And the birds.  The trees were full of birds.  They were my friends.  All of them.”

Eddie meets Sylvia at a time when she is anxious about an essay competition she has won.  The prize is to give a speech at the Beehive in front of the Prime Minister showing democracy in action.  Eddie is terrified of public speaking and has no idea what to talk about.  However events, turning crucially on her chance meeting with Sylvia, help Eddie find a pathway forward.

I think young people and older people sometimes see things clear and true – things that people in the middle might be too distracted to see.  And that’s where the animals come in; respect for other living things is part of the natural order, but can get forgotten.

Feisty and wise- Sylvia gets immense joy from her affinity with animals.  As does Eddie.

Overturning the pet ban becomes Eddie’s cause – and she conscripts her friends to help her.  There are five arthritic and immobile cats at the SPCA that need a home…and there is a rest home that Eddie – and her new friend Sylvia – believe needs cats.

The process involves persuading the rest home residents to vote on overturning the ban to allow the old SPCA cats in.

Democracy in action – and now Eddie has a topic for the Beehive presentation.

It was important for me to portray a strong bond forming between an old woman and a young girl who only meet by chance.  Sylvia will not let age prevent her living life on her own terms, and Eddie is motivated by Sylvia’s spirit to take action to right a perceived wrong.  Sylvia never becomes entirely easy to get along with – she knows her own mind! – but between them Sylvia and Eddie form a relationship that leads to change in both their lives.

While keeping everything light and funny, I also wanted to show that while, on the one hand a lot of pressure is put on young people to decide what their ‘passion’ is, what they want to do with their lives, on the other hand, more attention could sometimes be paid to what matters to the older people.  As Eddie’s friend Meri says (after Eddie has told her about the reason for Sylvia’s flight from the rest home): “There you are, after a whole life of finding out what’s what, and you end up with no one asking you.  Asking you what you want, I mean.”

I hope that as well as being a fun read The Life and Times of Eddie McGrath celebrates the affinity that young people, older people and animals have.  And that it also shows asking the right questions, and really truly listening to the answers (as Eddie does with Sylvia) can result in a kind of unexpected magic.

A spirited story about the times when what we think we don’t want, turns out to be more than we could hope for.

Brigid (or Briege) Feehan lives in and was raised and educated in Wellington. 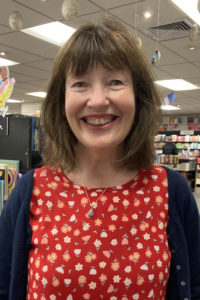 She studied law at Victoria University and travelled overseas for some years before returning to Wellington. She now lives in Island Bay with her family and her, probably not very bright but, very handsome cat Magnus. Brigid has worked for the government in several roles, none of which have involved meeting the Prime Minister.

Stella Star, Brigid’s first novel, won the Tom Fitzgibbon Award and was included in the Storylines List of Notable Books in 2006. A sequel, Maybe Stella, was published in 2007. 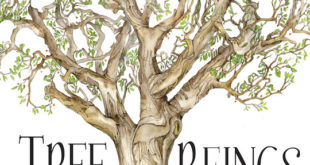 We have four copies of ‘Tree Beings’ by Raymond Huber & Sandra Severgnini to giveaway ...