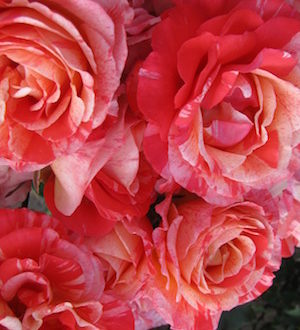 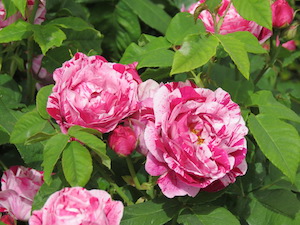 There are many heritage roses that are striped including the bourbons ‘Bourbon Queen’, ‘Commandant Beaurepaire’  ‘Honorine de Brabent’ and Variegata di Bologna’ and the Hybrid Perpetual ‘Ferdinand Pitchard (pictured left) among others.

It is from breeding work done with ‘Ferdinard Pichard’ that is responsible for modern roses having stripes. The late Ralph Moore from the United States, known as the father of the modern miniature rose, used this rose to create ‘Stars N Stripes’ a red and white miniature rose named for the American bicentenary in 1976. Further work from the original cross resulted in many other striped miniatures, many of whom have disappeared from the New Zealand market. Despite trying to use ‘Stars N Stripes’, Ralph could never get any pollen from it or get it to set seed. 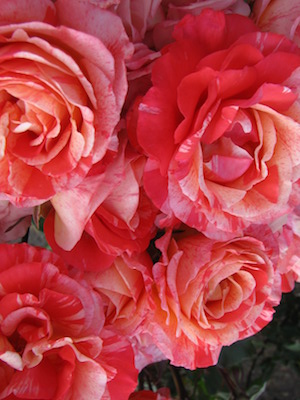 Enter our own Sam McGredy. One year he did manage to get pollen and use this in his breeding program. The result was a range of striped roses that came onto the market here including the miniatures ‘Hurdy Gurdy’ and Pandemonium’ and the floribundas ‘Oranges & Lemons’ and ‘Michelangelo’ (pictured right). Other striped McGredy roses were released overseas but not in New Zealand.

The other New Zealand rose breeders have tended to not breed much for stripes, simply because they don’t sell in great numbers. Nola Simpson, always on the hunt for something different, used ‘Oranges N Lemons’ with her range of brown roses to create ‘Chocolate Ripples’ a cream/brown striped climbing rose that is being sold overseas. 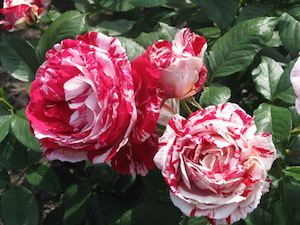 American rose breeder Tom Carruth formerly of Weeks Roses in California has also had some success with stripes, some much so he became known as Mr Stripe.  ‘Scentimental’ (pictured left) was one of his earliest stripes and won the Novelty Award at the Palmerston North Rose Trials. Even more novel was his rose ‘Fourth of July’ (pictured right) a climber with blooms streaked and splashed red and white. 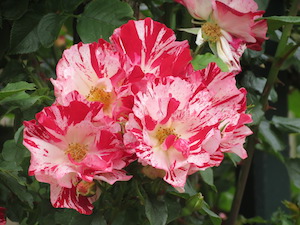 It has masses of blooms and although not the most vigourous climber under New Zealand conditions, it does form a nice plant. It too was a Novelty winner for Tom at the Palmerston North trials and Tom even came from the US to accept the award. 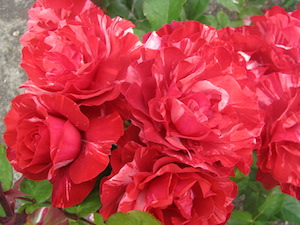 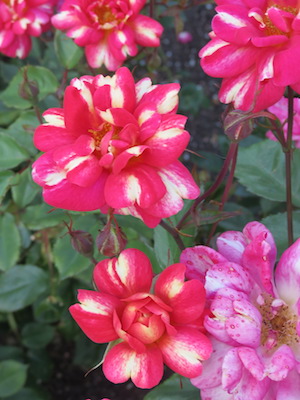 From the UK comes ‘Art Noveau’ (pictured right) from Peter James. This is something a bit different in the striped roses as the stripes, unlike many other striped roses are consistent and stable on each flower. 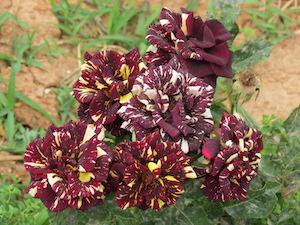 Finally, a striped rose that has been getting some attention the last few years is ‘Abracadabra’ (pictured left) which is actually a sport of a cut flower rose. It is not a stable rose with the stripes sometimes disappearing altogether resulting in red or yellow blooms.

Striped roses are novel and are worth growing for something different, some are also fragrant as well which everyone will enjoy so consider a striped rose next time you are looking for a new rose for your garden.

In the Rose Garden for July: 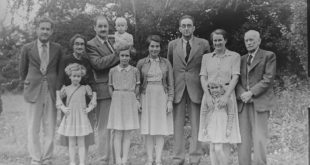 Welcome to the first in a series of articles on the study of family ancestry ...