Auckland people are remarkably quick to criticise weather in other parts of the country — except for Queenstown which they seem to regard as some sort of extension of Auckland and I’m surprised there hasn’t been some sort of bid to vacuum it up and claim it as part of the new “super city”.

A month or so ago, Newstalk ZB’s Kerre Woodham was doing her Saturday morning radio show from Christchurch instead of Auckland and she crossed to one of her regular contributors who was back at home base and his first comment was “How’s Christchurch’s weather, surviving it Kerre?” Which is the sort of stupid comment that makes the rest of the country refer to Aucklanders as JAFAs.

Fort the record, it’s Wednesday the 4th of November, it’s rained pretty much every day since 1903 and it’s so cool I’m wearing a long-sleeved jersey.

This has got to be the longest, coldest, wettest Spring I have ever endured in Auckland — but they don’t talk about that.

I’ve just had a week — eight days to be precise — in Fiji. Today, still 4th November, the headlines are that Fiji has kicked some Australian and New Zealand diplomats out and we are now considering a response. Odd thing is that life goes on as normal in Fiji.

For most of us who holiday in Fiji, the Bula Islands are Nandi airport and transport to the resort of our choice. If you ever escaped those environs you may be surprised to find this tropical paradise is actually a Third World country with most people living in shacks made from flattened four gallon kerosene tins and living a subsistence lifestyle. The average Fijian — indigenous or Indian — has had very little opportunity to escape this poverty trap.

I drove right around the main island, Viti Levu, and experienced wealth and poverty, met people so poor that when I gave them a clean, but used, T shirt from my bag, you’d have thought I had given them a million dollars. I also met people who are powerful and influential.

There are some people who live in Fiji who are opposed to what Commodore Frank has done, but the vast majority of ordinary people I met say he’s a good man, doing a good job and all say that crime is well down.

You can’t condone overthrowing a government that was elected by the democratic processes that were in place at the establishment of that government, but most people agree that the government had to go because of the very high level of corruption. Brown paper parcels of money and political favours were widespread.

Commodore Frank has stopped all that. He’s also dismantled some of the traditional power bases within Fijian society that have kept the wealthy wealthy and the poor poor and he wants to introduce one person one vote.

I loved Fiji. Even in the most impoverished remote village where houses are open shacks and people dress in rags, there is immense warmth and friendliness. It’s difficult to equate this with the fact that Fijians were the most cruel, brutal and feared people of the South Pacific and murder, mayhem and cannabilism was a way of life. And not so long ago either.

Instead of being at political war, I reckon New Zealand and Australia should be sitting down and having a beer with Commodore Frank and asking, “how can we help?”

Poor, silly, hypocritical Rodney Hide. Caught with more than his hand in the till, or his snout in the public trough — he had his man’s part in there as well.

Taking his girlfriend on a world, fact-finding mission to see how other “super-cities” run and then arranging the costs so that her’s weren’t immediately apparent was a breath-taking act of gall.

But worse was to follow when his explanation was — “well, I warned you about the public perks, you did nothing to stop them, so I decided I might as well use them”.

He was brazen to the point of insulting us all with his unsmiling, grim, arrogant defence of his taxpayer-funded largesse.

He should resign in disgrace. Instead he’s learned his lessons well. Bluff it out, keep your head down and it will all blow over in a week or two because New Zealanders have remarkably short attention spans.

But this is the man who is re-drawing Auckland and who, according to some people I have spoken to, say he has no plan, he’s making it up as he goes along.

Spent a few days back “home” in Dunedin. I haven’t known such a state of disquiet in the old town since the Aramoana Smelter row. Universally the populace seems to have an intense dislike for the city council. It’s not just the stadium issue, but involves a whole range of moves made by the council.

I was walking along Princes Street, minding my own business when a shop keeper recognised me, emerged from his premises and said “you need to come back and get on talkback again, this council’s out of control.”

I got that sort of comment from many people — people who were both pro and anti the new stadium.

I was surprised at the rapid progress that’s being made on construction of the stadium. It’s about to claim the old Donald Reid woolstore — once the largest woolstore in the southern hemisphere and where I once put in a summer working as a “whippet”.

People are angered by a number of issues, the lavish spending on all sorts of projects and changing the parking rules overnight with increased costs and the loss of almost all of the short-stay, free areas that made stopping in Dunedin for a minute of twos shopping so easy. At the same time, they appear to have issued the motor scooter riding parking wardens with a new set of rules based of some sort of Nazi ideologies.

There’s an ugly new order in Dunedin and it’s involved old favourites like the Otago Museum. Nine years ago the dear old Museum had a facelift that included a new entrance and provision was made for a café in the new foyer. A friend of mine, Jill Guy, won the lease on a six years with three years right of renewal basis.

The museum, rightly, regarded the running of a café as outside its core business.

Jill is a capable businesswoman and she immediately had the café running like a well-oiled machine and it became highly popular with, not just museum patrons, but also from the surrounding University institutions.

After the initial six years the additional three years were agreed on and, rather naively as it turns out, Jill assumed that she could negotiate to stay on after that.

She was paying the museum $80,000 a year in rental, plus the café had earned a world-class reputation.

But Jill is now being kicked out. The museum has decided that running a café is now part of its core business and at the end of November her lease expires and that’s that. No discussions about extension, or renewal. As far as the museum is concerned, the lease will end and they are going to run a café themselves.

Jill Guy is the person who has created the museum café, made it what it is and the museum now will trade on that good will.

The issue has made the news in Dunedin and Jill’s staff have launched a petition to get people to urge the museum to change its mind. The museum has hit back in what is now a very public spat by putting up notices adjacent to the café explaining their situation.

The museum appears to have changed where it thinks its priorities are. There are more issues swirling around the museum than just Jill Guy and her cafe.

There are people like art critic Peter Entwhistle who thinks museum management are no longer paying sufficient care and attention to the collections in the museum’s care and other say that the traditional role of the museum is being ignored in favour of entertainment values like the artificial rain forest with its butterflies.

And then there are the staffing issues with what appears to be almost a revolving door process.

The Otago Museum, a revered aunty in the nation’s museums, is seldom out of the local news these days — and generally for the wrong reasons.

Do you know the origins of these old-fashioned sayings?

A keen reader of “NZ TODAY” magazine published by Alan Dick and look forward to its arrival every 2 months. Alan has made some interesting comments in this article. Havn’t been to Fiji, but have read about the country and it’s difficult to make judgment on what is happening there at present unless you can experience the difficulties the ordinary people face, and how this new administration has affected their lives. 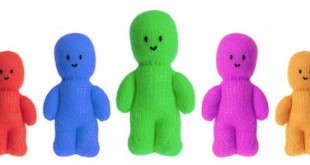 Once, there was an elderly man and his wife who had lived a long and ...