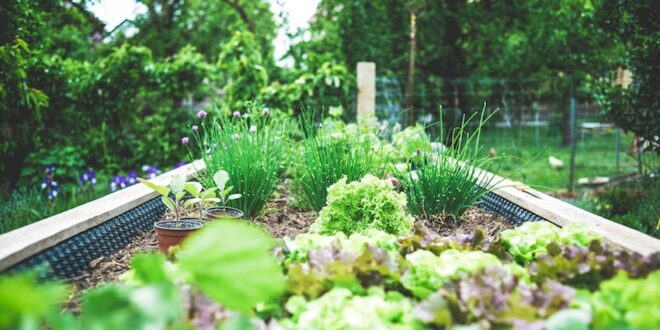 As living costs keep rising, a home garden offers an opportunity for big savings on the supermarket bill. But when downsizing is your aim, how do you keep growing edibles in an increasingly small garden? Turns out, it’s not difficult when you know how. Try the following tricks to make it happen!

A well fed garden with excellent soil structure means you can grow up to 4 times as much food in the same space as you would in ‘poor’ soil. Keep your garden bed well fed with free home-made compost and free DIY liquid manures made by soaking seaweed, compost and well rotted animal manure in a bucket of water. Enhance soil structure by adding fibrous material to your compost pile (think small twigs, leaves, dried stalks from the flower garden, pine needles, and coffee grounds). Healthy, well-fed soil means you can plant seedlings closer together. It also means the garden will grow larger root vegetables, more fruit (such as peas and beans), bigger heads (on the likes of cauli and broccoli), and a greater abundance of leafy greens.

Smaller households have a greater risk of food waste (have you ever tried to get through a cabbage before it wilts, when there’s just two of you in the house?). Now, however, there are compact varieties of regular vegetables. Not only do these varieties provide just two or three servings, but they mature faster and can be planted closer together – so there’s both time and space to be saved! To find some of the best compact veggies, go to Kings Seeds and check out the likes of Broccoli Tasty Stems F1, Cabbage Space Saver, Cauliflower Early White F1, Leek Lungo della Riviera, and Lettuce Gem.

Vegetables providing edible roots and leaves mean you can, literally, plant half the veggies for the same return! One of the best is beetroot. As well as providing sweet flesh for bottling, pickling, boiling and roasting, the leaves of beetroot make tender salads. The greens can also be boiled, cooled, and served Greek-style with a dash of lemon juice and drizzle of olive oil.

Earth gems are another root crop which doubles your return on garden space. The tasty, brightly coloured tubers can be roasted or added to casseroles and curries, while their tender leaves can be used as spinach – raw in salads, or steamed.

Brussels sprouts are a hit with some, but despised by others. However, these little baubles please everyone when used as a tasty coleslaw green. What’s more, because they are so upright in their habit, Brussels sprouts take up almost no space at all when well-staked. And they just keep on coming! When not steaming sprouts, pick just three or four at a time for a couple of servings, and slice them finely to make a delicious winter coleslaw (their spicy flavour teams perfectly with orange). Always harvest the sprouts from the bottom up to allow the upper sprouts to keep producing!

Dwarf (also known as ‘French’ or ‘bush’ beans) are a favourite, but they also take up a lot of space in the garden, and when grown closely together, attract mildew. However, there are now several varieties of climbing beans that provide the same treat when the pods are harvested young – and they are prolific producers. To enjoy dwarf-style beans from just one or two plants that take up a fraction of the space, look for runners: ‘Neekar Golden’, ‘King of the Blues’, ‘Golden’, and ‘Cobra’. Any beans left to mature can be frozen or left to form seeds which can then be dried for winter use.

Going up, going down!

Many root vegetables produce foliage which forms a perfect living mulch which can be planted through with other vegetables. Team yams, mashua and earth gems by planting upright greens such as celery, silver beet, and spinach, in the same space!

Downsizing your garden space doesn’t have to mean a reduction in production. Enjoy maximising the harvest from what you have – and watch the savings add up!

Just read the article on downsizing the garden, I have, to save space, grown apple cucumbers and zucchini’s, trailing and tying them up a tripod frame very successfully too. Cheers JILL 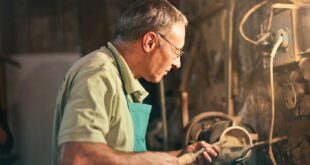 There are so many research-based reasons for continuing education as we age, it’s hard to know where to begin.