When Detective Dave Robicheaux's daughter, Alafair, declares her intention to interview a convicted serial killer called Asa Surette in his Kansas prison cell, he does all he can to dissuade her. Dave has always encouraged her ambitions as a writer, but as a father he doesn't want her to be exposed to a man so nakedly evil. And his fears seem well founded when Alafair is visibly shocked by the encounter.

Two years later, the horror Surette evoked is all but forgotten, as Dave, his wife Molly and Alafair are vacationing amidst the natural beauty of Montana. But evil, it seems, has followed them into this wild paradise. Someone is stalking Alafair, and Dave begins to suspect that it's Surette – even though he officially died when the prison truck he was being transported in collided with an oil tanker. Is Alafair now the target of one of the most depraved serial killers ever to have been caught, or has she unwittingly crossed paths with a murderous psychopath closer to home?

James Lee Burke is the author of many previous novels, many featuring Detective Dave Robicheaux. He won the Edgar Award in 1998 for Cimarron Rose, while Black Cherry Blues won the Edgar in 1990 and Sunset Limited was awarded the CWA Gold Dagger in 1998. He lives with his wife, Pearl, in Missoula, Montana and New Iberia, Louisiana.

Previous Article Things We Never Say
Next Article What Do Women Really Need? 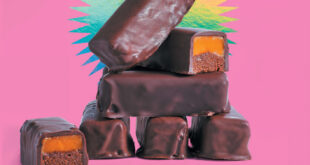