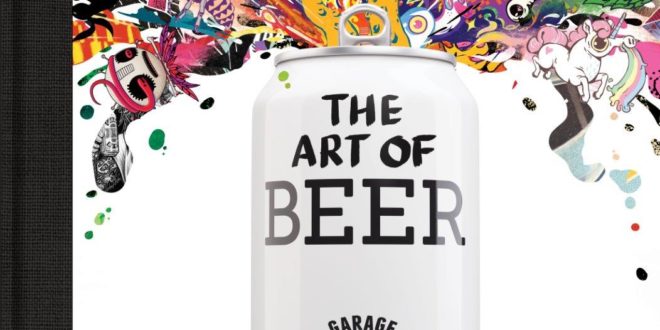 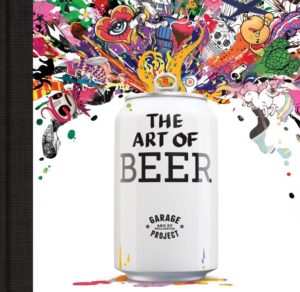 The Art of Beer showcases over 100 of the best labels created for The Garage Project, a boutique beer brewery in Wellington

Art and Beer might sound like strange bedfellows but the clever team behind The Garage Project have made it work. Right from the early days of their business they invited a wide variety of local artists such as graphic designers, tattooists, painters, and game designers to create the labels for their many unique brews.

Cute, decorative, sensuous, spooky or weird and wonderful, each tells a story about the beer within. Here is a taste of their creations:

Hops on Pointe: Champagne yeast was used to brew this pilsner. Its elegant Art Deco label with a little hidden dancer was aptly named as it was a collaboration between The Garage Project and the New Zealand Ballet.

White Mischief: For this wheat based sour infused with white sugarcane the designer created a cheeky label, a bunny kama sutra extravaganza which he hoped would re-energise relationships everywhere!

Zoo Brew: To raise funds for the Auckland zoo’s Cheetah outreach campaign a ‘zoo brew’ was created using African ingredients: sorghum and rooibos tea. Renowned New Zealand artist Seraphine Pick was commissioned to produce the beautiful painting for this label. When the zoo staff noticed that the angle of her cheetahs’ tails portrayed aggression she set to and painted a second more playful version.

Indiana Queen Voodoo: This spooky label was created for a beer, inspired by the traditional New Orleans method of brewing, spiked with chicory root.

The Hellbender: Its creator tried to imagine what you get when a beer marries a fine port and they procreate. The result was a voicemail character surrounded by a load of giant salamanders. Somewhat bizarre!

With such an ever changing variety of beers on offer there are bound to be some labels which take your fancy and may persuade you to try. After imbibing one do resist from throwing the can or bottle into the recycle bin, they are becoming collectibles.

Should you be thinking of starting your own craft beer business the introduction about how The Garage Project was grown from very small beginnings into a highly successful boutique beer business is really worth reading.

At The Garage Project they took a different path from the many craft breweries around New Zealand who are creating a limited range of very good beers but remain true to style with a pale ale, pilsner, porter etc. On a miniscule budget they decided to have some fun and to experiment with new flavours. With frenetic speed they brewed 24 two litre kegs of beer in 24 weeks and took them to Hashogo Zake, a part underground bar part beer bunker. Here adventurous and supportive Wellingtonians recorded each week what they had drunk and what they thought of it on feedback coasters. Some beers were scored high, others crashed depressingly low but a cult following had been established which gave them enough money to get proper brewing equipment. From there The Garage Project has gone from strength to strength and now brews from 3 locations.

Their ethos is still to both have fun and to keep innovating but not in a random way. The challenge is to convert inspiration, whether it is from food, music, flat whites, poetry, comic books etc. into a unique beer with flavours that work together. These can take many forms from traditional bitter sweet and sour, to more unusual flavours combining sweet, savoury and even unami characters. And of course each one will deserve a distinctive label.

The Art of Beer would make a nice gift for visitors to Wellington, especially those who enjoy a pint, to give them a taste of the creative spirits at work in our capital city.

The Art of Beer by Pete Gillespie, Jos Ruffell is published by Penguin. RRP $42.

Previous Article Kick the sugar and curb the cravings with these 6 satisfying drinks
Next Article Should you strength train?