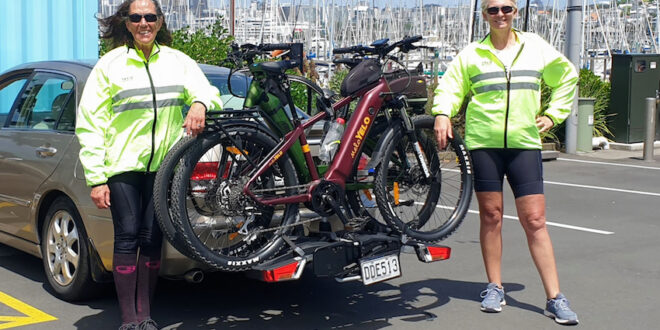 It all began 10 years ago when Cynthia Lund and Liz Forde began hatching a plan to celebrate their 50th birthdays. Rowing across France was the plan; however this was no ordinary row, it was a race. The annual 200km race on the Canal du Midi from Toulouse to Beziers. A team of cyclists and rowers was gathered and the team of ten committed themselves very well and became one of the favourite crews amongst the French and German crews.

Ten years later, being adventurous people with a yearning for big unique challenges, the birthday celebration was to be a cycling and rowing trip in Africa. Unfortunately, COVID put paid to that trip, so Cynthia, Liz and Tina (at 77 years old) decided to explore their own country and signed up for the Tour Aotearoa Brevet (long distance cycling event). It’s an annual bike-packing adventure that commences in Cape Reinga and 3,000 kilometres later ends at Bluff. The trail is a mixture of cycle trails, tracks, paths, roads and lanes.

The 3000km route must be completed in 30 days, and there are 30 specific photo control points along the way where photos are to be taken as of proof of visit. The girls – who call themselves the Rhythm Belles – are self-supported, meaning everything they need they will be carrying on their bikes.

3000km in 30 days, even for women as fit and strong as the Rhythm Belles would be virtually impossible on non-electric bikes. So, they set out to find a sponsor. They wanted to find a NZ e-bike company that understood the needs of older riders, offered reliable bikes with long-range batteries, and was socially responsible.

They discovered Kiwi-owned MeloYelo and upon further investigation, realised MeloYelo ticked all the boxes. Bikes capable of handling serious off-road riding; large capacity batteries; a solid understanding of the needs of older riders, and founders of the EVolocity electric vehicle challenge in NZ high schools, in which teams of students design, build and compete in electric vehicles. Says Tina Frantzen: “The CEO of MeloYelo, Rob McEwen, wants to help us achieve our goal next year. Not only did Rob give us our team name “The Rhythm Belles” but he has made bikes, accessories and lots of support from his nationwide team available, helping us to make this dream a possibility.”

There’s a lot to love about MeloYelo. Which is why they are so confident if you try a MeloYelo, you’ll buy a MeloYelo.

View the MeloYelo range of ebikes

Before you Start Shopping for an Electric Bike, Educate Yourself!

Well done ladies. Having done the TA earlier this year at 65 on a fully loaded non-electric touring bike, I know how tough some of those sections can be. How did the ebikes (and your bodies) cope with Big River? BTW ebikes break the first rule of the brevet, but if you truly kept to the official route, hearty congrats nevertheless. Cheers, L 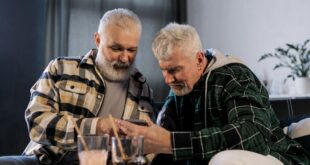 A dementia diagnosis in a friend can come as a devastating blow. One minute you have a relationship in which you are both equal partners, the next, you find the relationship has changed completely, and you must now take the lead in almost every respect.